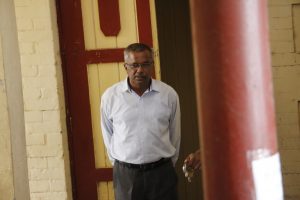 Former General Manager of the Guyana Rice Development Board, Jagnarine Singh and a former Board Director of that semi-autonomous state-owned agency were Friday arraigned on 34 additional fraud charges.

The Special Organised Crime Unit of the Guyana Police Force said the two  defrauded the Rice Development Board by omitting to make entries into the ledger and fraudulently taking or applying to their own use monies that belonged to the GRDB. The amount of monies they allegedly defrauded the Rice Board of is about GYD$8 to GYD$11 million.

The duo was not required to plead to the indictable charges. 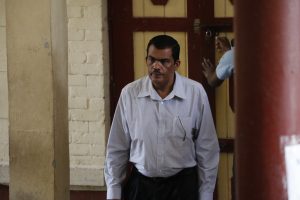 They were also ordered to lodge their passport with the option of applying to the Court for permission to travel should the need arise.

Defence Attorney, Glen Hanoman, in a bail application said the two men are finding it difficult to secure employment in wake of the court matter and are now financially ruined.

Mr. Hanoman requested a reduction for the bail but the Chief Magistrate denied the application.

The matter was adjourned to November 16.