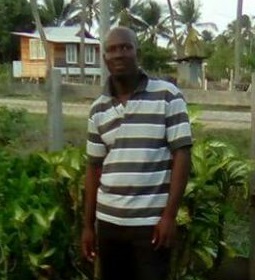 He said the body of Clayton “Woody” Anthony was found hanging from a tree at the “waterside” of Number 30 Village, West Coast Berbice. He appeared to have premeditated his action as he fled from neighbours with a rope.

Demerara Waves Online News was told that the man entered her bedroom at the top flat of their residence and chopped her at about 9:30 AM. Police have since recovered the cutlass.

“We are doing an investigation. Both persons are now deceased. All we have to go now is speculation. It had to be something that caused this,” the Deputy Divisional Commander said when asked if investigators were able to determine the motive for the killing. He said Sheriff never made a report of threatening behaviour 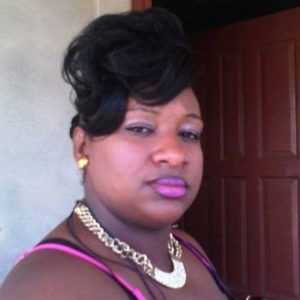 Neighbours and the man’s relatives said they heard no argument leading up to the chopping of the woman and they do not know of a history of disagreements between the two family-friends. The policewoman lived in the top flat and he on the lower flat of the concrete house.

Anthony, from all accounts, was a social drinker. There are no reports that he used narcotics. A neighbour recalled that Anthony “used to beat” his ex partner.

Sergeant Sheriff was based at the Registry of the Guyana Police Force’s Berbice Divisional Headquarters where she was well-liked and respected by her colleagues. “She was very quiet in my view, very humble,” Cooper said. 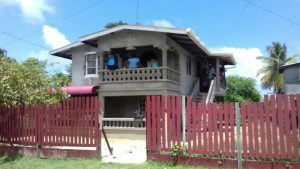 She was the mother of three children, ages  five, 11 and 18 years old.