Opposition to complain to IDB about public procurement 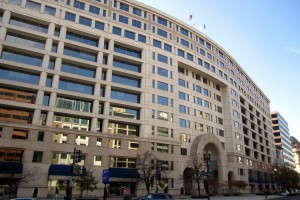 Opposition Leader, Bharrat Jagdeo on Thursday announced that he would be complaining to the Inter-American Development Bank (IDB) about opaque procurement processes, a day after that hemispheric bank said it would be assisting Guyana to set up a special mechanism to fast-track projects.

“The IDB needs to know that the lack of delivery on the contracts is not because they are not aware of the procedures; it is because of the corruption so I hope the IDB doesn’t get entangled in this farce because the many re-tenderings that take place subvert the procurement laws of this country and I will be writing Washington- the Inter-American Development Bank to point out all of these things,” he told a news conference.

Jagdeo said his opposition People’s Progressive Party (PPP) was compiling a dossier on Guyana’s procurement practices to dispatch to the Washington DC-headquartered international financial institution. “We are gathering up a file to do this.”

Finance Minister, Winston Jordan has repeatedly complained that delivery of the the Public Sector Investment Programme this year stood at 20 percent, partly because of moves to weed out corruption and an absence of critical skills. He has said the rescue plan would include the re-establishment of a central planning unit to cut red-tape and revamp some procedures to fast-track project implementation.

The IDB on Wednesday announced that it has hired a company, Delivery Associates,  which supports improving effectiveness and accountability of governments worldwide, to present a model delivery unit or an implementation unit.

He flayed the David Granger-led administration for making the 10 Regional Executive Officers chairpersons of the regional tender boards. He noted that in Region Six the regional administration has purchased drugs through 10 separate contracts from the same supplier to subvert the procurement process.

Recently concerns have been raised about the sole-sourcing of a Dutch company, LeinvenseCO, to conduct a feasibility study on the new Demerara River Bridge crossing instead of re-tendering after the tender process had not yielded the right firm. The PPPC has since asked the Public Procurement Commission to probe the process. He noted that government has sole-sourced a number of firms to supply and install solar power systems in the interior.

The Opposition Leader also revealed that People’s Progressive Party Civic representatives, at next week’s Business Summit between the Private Sector Commission and government, would raise its concerns about alleged violations of the procurement process. “In every panel, we are going to raise issues surrounding procurement and I want to tell you so that they can come prepared…and the breach of the Procurement Act on a daily basis. The reason why we are going to do this is because the government procurement is the largest source of business for private activities in Guyana. The government is the largest spender and therefore a transparent public procurement process where people are treated fairly has to be part of a Business Summit,” he said.

The IDB said it has so far provided US$145,000 on carrying out diagnostic analysis for Guyana to see where opportunities for improvement lie; sharing the results of its findings; and presenting a model adopted by governments around the world.

The bank said another grant of US$500,000 would be spent help define top priorities and monitorable indicators to measure the impact of the work to be completed in those areas, as well as the design of a delivery management model suitable for the case of Guyana. “This approach may establish the parameters for the possible establishment of a Delivery Unit in Guyana if all interests are aligned,” the IDB said.