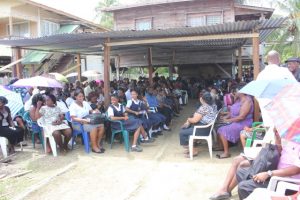 A section of the gathering at the teen’s home going service .

This was the mantra chanted as over 200 persons from near and far crowded the home of 13-year-old Leonard Archibald at Brothers Village, East Bank Berbice to say their final goodbyes.

Though many donned the traditional black and white attire, others sported red in remembrance of a bright young spirit who was killed before his time.

Young Leonard Archibald’s life was snuffed out after he was brutally sodomized and murdered by two known men in the East Bank community.

The teenager was last seen in the company of his two sisters while they were traversing the East Bank Public Road, on Sunday, 17th September. His sisters reportedly told investigators that they and their brother were returning from a birthday party when he rode ahead and left them behind. When the girls arrived home, their brother was no where to be seen. He never arrived home. 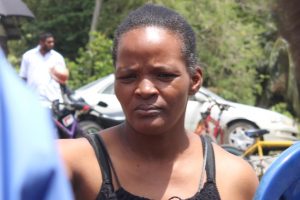 Mother of the teen, Abigail Archibald, at the funeral.

Days later, the two prime suspects arrested confessed to sodomizing the child and dumping his unconscious body in the Berbice river sending shock waves throughout the country.

As the body of the 13-year-old was being brought in by pall bearers, loud wails by immediate family members could be heard for miles.

Many persons gave their condolences and expressed that young Leonard ‘did not deserve such a cruel death’ while others stressed on the need for the community to work together to ‘stop child abuse’.

One speaker, lamented the need to ‘break the cycle’ against child abuse and called on the community to be ‘watch dogs’ to prevent another from suffering the same fate.

“If we, as a community, do not take affirmative action against what has happened here, we will see a re-occurrence. Most of the people who are guilty of abusing children were once abused. And there is a group of young boys here that were abused so we need to get our acts together because no parent should ever bear the heartache of having to bury their child. No one should go through that pain and struggle”. 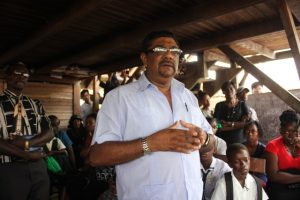 Regional Chairman, Mr. David Armagon, in his brief remarks, stated that if precautions were taken in the first few acts committed, Leonard would still be alive.

“If people had not been scared, if they had not brushed off previous allegations, this child could have been here today with his parents but he is not. It’s because of criminal elements like these that is causing our society’s downfall. But we need to stand up and take it back. Protect our children”.

One of young Archibald’s class teachers, Roselyn Tinnie remembers Leonard as a ‘willing student’ who would always wear a bright smile across his face.

“Leonard wasn’t a very brilliant child and he always tried hard to keep up with the academic pace. One thing that stood out most about Leonard was his willingness and his kindheartedness towards his teachers and peers. He was a person to volunteer for activities without you even asking him. And we at Overwinning Primary are saddened at his untimely demise and we are urging you. Everyone here to speak out against abuse. It’s time we got serious and protect the future leaders of this country”. 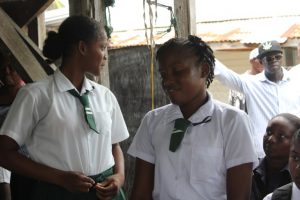 Many resident’s stressed that they will put their trust into Guyana’s justice system for the sake of young Leonard and hopes that the men will ‘get what they deserve’. Others stated that ‘vigilante justice will be meted out if the case is swept under swept under the rug’.

Meanwhile, the two suspects are expected to be thrown before the court on Wednesday. 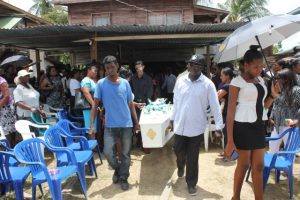 Pall bearers removing the coffin from the home of Leonard Archibald who was sodomised and tossed into the Berbice River in an unconscious state. 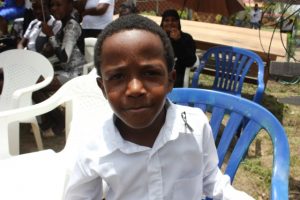 6-year-old Luke Archibald-
almost identical image of his older brother Leonard who was killed on September 17,2017.

2017-09-26
Writer
Previous: Guyana exports rice to Cuba for the first time in 18 years
Next: Berbice men charged with murder of 13-year old boy