All companies that have formally expressed an interest in buying parts of the Guyana Sugar Corporation’s (Guysuco) operations will now have to resubmit their proposals to the holding company for government’s assets, the National Industrial and Commercial Investments Limited (NICIL), top officials said.

NCIL’s Chief Executive Officer, Horace James said “there is nothing like first-jump” and all the companies would have to resubmit their expressions of interest to ensure the process is “fair and transparent” after requests for proposals are advertised for.

“When we are ready to send out for expressions of interest , we will invite all of them who had submitted to re-submit based on the requirements because how they might have submitted, they might be asked to do certain specific things and they will have to do that,” he told Demerara Waves Online News.

Proposals or expressions of interest have already been submitted by two firms from India, the locally-owned Nand Persaud and Company Limited and at least one major American company. 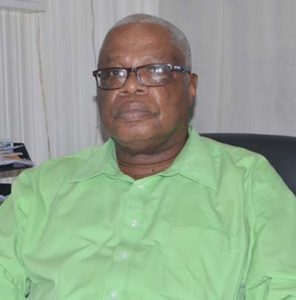 Harmon said, too, that those companies that have already formally expressed interest in buying Guysuco would have to submit their proposals to the special purpose unit “because this is the entity that has been formed for that purpose”. At the same time, those interests would be “handed over to the special purposes unit”.

The State Minister said the hiring of investment broker and lobbyist, Wesley Kirton to engage with potential buyers of Guysuco in whole or in part and to provide all required information would not be rendered useless because the companies have to resubmit their expressions of interest.

“Those were preliminary steps. There was no conclusion or conclusiveness of that process. That was to identify persons who are interested and sort of been able to weed out who did not have the capacity so these people will now come to the special purpose unit and it will make it easier for them to assess their viability,” he said. Harmon said Kirton’s job has finished and the special purpose unit would take over the work and process them to finality.

Asked whether government was already in favour of an American company taking over aspects of Guysuco’s operations and so the work of the special purpose committee was merely to validate that, Harmon said, “I don’t think so. This is going to be a very open and transparent process,” he said.

The Minister of State said Head of the Special Purpose Unit, Heath-London has been asked to interact with the media at regular news conferences.

Government in May 2017 formally announced in a white paper tabled in the National Assembly that in addition to the already closed Wales Estate, West Bank Demerara; the Skeldon Sugar Factory and Estate in Corentyne would be sold, and the Rose Hall and Enmore factories would be closed by year-end.

The Albion, Rose Hall and Blairmont operations in Berbice and the Wales-Uitvlugt operations in West Demerara would be combined to together produce 147,000 tonnes of sugar annually.

2017-09-25
Denis Chabrol
Previous: Robbery-murder as brothers prepared for memorial service
Next: Woman wanted for posting cocaine-soaked hammocks to the US