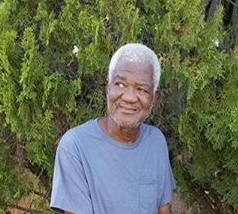 Campbell was hypertensive, and although he had suffered a stroke several years ago, had managed to be somewhat active in the field of journalism.

Prior to going to the United States with his daughter and her family, they had lived in Cuba for several years.

Campbell was in Guyana late last year and earlier this year.

He worked in senior capacities with several media houses including the Guyana Chronicle, and the now defunct Guyana Broadcasting Corporation. He also contributed to the privately-owned Stabroek News newspaper.

Out of his office at Federation Building on Croal Street, Georgetown, Campbell had started a small newspaper.

Campbell is survived by his four children and wife.

2017-09-24
Denis Chabrol
Previous: Missing 13-year old boy: “We find he body tangle up between some vines”
Next: Robbery-murder as brothers prepared for memorial service