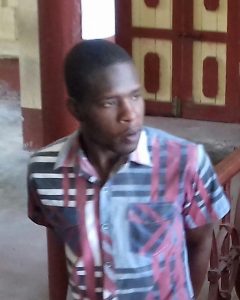 A 29- year old security guard attached to Queensway Security Force was Monday morning placed on GYD$60,000 bail after being charged for break and entry and larceny.

Travis Reynolds of 30 Graham’s Street Plasiance East Coast Demerara stood before City Magistrate Judy Latchman and denied the allegation that on September 9,2017 at Main Street Georgetown he broke and enter the office of The New Thriving Chinese Restaurant and stole GYD1.5 million dollars property of the said company.

Reynolds’ attorney-at-law, Paul Fung-a-Fat, in a bail application, told the court that his client is a first time offender and at the time of the incident he was on  duty as a security guard at the said location.

Meanwhile, Police Prosecutor Shawn Gonsalves told the court that the accused was indeed on duty on the day in question when the manager of the restaurant secured and left the building.

Gonsalves added that upon his return, the manager noticed a door was opened, checks were made and the said cash was discovered missing.

A report was made and Reynolds was arrested and taken into custody where he denied the allegation put to him.

The court also heard that investigations into this matter is still ongoing.

Magistrate Latchman granted bail in the sum of $60,000 and Travis Reynolds was ordered to return to court on October 3,2017

2017-09-18
Writer
Previous: One dead, another hospitalised after Corentyne hit and run
Next: Drunken policeman arrested for latest reported road death