Norton’s shift to Department of Culture, Youth and Sport will aid political mobilisation 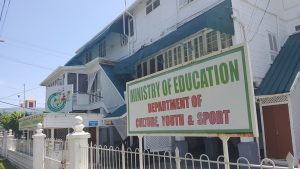 Minister of Social Cohesion, Dr. George Norton’s recent takeover of the Department of Culture, Youth and Sport is expected to assist in government’s political mobilisation of Amerindians, political analysts said.

When a source close to the minister was asked whether the added ministerial responsibility of the Vice Chairman of the People’s National Congress Reform (PNCR) would be a fillip to galvanise political support among young people, the source said “obviously”.

Minister Nicolette Henry has been assigned responsibility for the Ministry of Education only.

Political analyst, Dr. Henry Jeffrey told Demerara Waves Online News that Norton is too important a person in the PNCR to have just left him responsible for Social Cohesion. “They are trying to give him a more important position in the general scheme of things. Norton is a senior man in the PNC and in APNU (A Partnership for National Unity) must be the most senior Amerindian on the ground,” said Jeffrey a former PNC member in the 1970s. 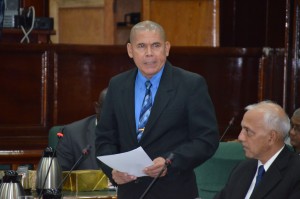 Jeffrey recalled that late President Forbes Burnham, the PNCR’s Founder-Leader, had sought to heighten the profile of Amerindians by naming the airport ‘Timehri’, the national award Cacique Crown of Honour, Republic Anniversary carnival Mashramani and the meeting place, Umana Yana. “The entire dynamics of what Burnham was trying to do in terms of culture was based around the notion of Amerindians…all these things were part of a drive to build a Guyanese culture out of Amerindian heritage but also introducing the heritage of the other people,” he said.

The Minister of Social Cohesion, Culture, Youth and Sport, according to Jeffrey, now has added status as a senior PNCR functionary, to target Amerindians directly through sport and culture. “He would be all over the hinterland…He would be all over mobilising and they need somebody to mobilise in the Amerindian areas. It’s to give him added status and to give him his ability in the areas where so far they have proven very weak in their relationship with the Amerindian,” he said.

Despite APNU’s stiff campaigning in Amerindian areas, the now main opposition People’s Progressive Party (PPP) beat them in Regions One (Barima-Waini), and Nine (Upper Takatu-Upper Essequibo) and lost by one vote in Region 8 (Potaro-Siparuni).