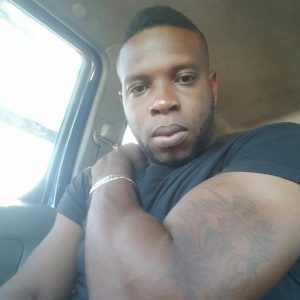 A biker was late last night killed on the East Coast Demerara Public Road when a car collided with his bike.

Dead is 26-year old Cleon Perreira of 119 Middle Walk, Buxton, East Coast Demerara. The father of three was employed as a driver at the Guyana Power and Light Inc (GPL).

The accident occurred on the Better Hope Public Road at about 11:15 PM while Perreira was returning home from Georgetown.

Police said the motor car, PMM 9206, driven by a 19 year old resident of Montrose, East Coast Demerara, was proceeding west along the southern carriageway of the road, when it suddenly turned north into the path of motor cycle CG 1872 which was proceeding in the opposite direction and  collided. 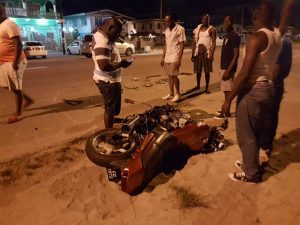 “As a result, the cyclist fell onto the road surface and sustained injuries. He was taken to the GPHC (Georgetown Public Hospital Corporation) in an unconscious state where he was pronounced dead on arrival,” police said.

A breathalyser test conducted on the driver did not reveal he had any alcohol in his breath. He is in custody assisting with the investigation.