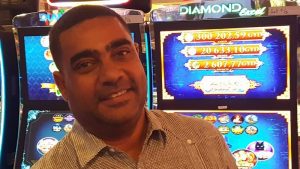 In court papers seen by Demerara Waves Online News, Pasha Global and the owner of Sleep-in, Clifton Bacchus, are each asking the High Court to find that they have been libeled and that they should each be awarded damages of GYD$2 billion each.

The claims, which mirror each other in separate lawsuits, essentially call on the High Court to award more than GYD$1 billion for libel published on August 15, 2017 in an article titled “Tracking the money…Sleepin boss, associate snared in money laundering probe… SOCU tells Gaming Authority investigation on since 2016”.

Bacchus and Pasha Global are also each asking the High Court to award another GYD$1 billion for libel published in the Guyana Chronicle’s edition dated August 17, 2017  in the article titled “THE DUTCH CONNECTION…Sleepin Casino Surinamese partner was jailed for money laundering…Bacchus was quizzed about permission to import slot machines. 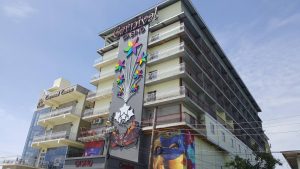 Further, the claimants want the High Court to order the Guyana National Newspapers Limited to stop publishing any statement whatsoever of and concerning them “which suggests or tend to suggests or convey the impression” that they are engaged in, connected to, associated with and/or funded by money laundering, drug trafficking and/or drug smuggling and/or from any criminal conduct and/or from criminal proceeds derived from illicit and/or criminal activities whatsoever and howsoever.

The defendants are the Guyana National Newspapers Limited and the Editor of the Guyana Chronicle.