No gasoline in Lethem because of deplorable road, no regional road maintenance equipment 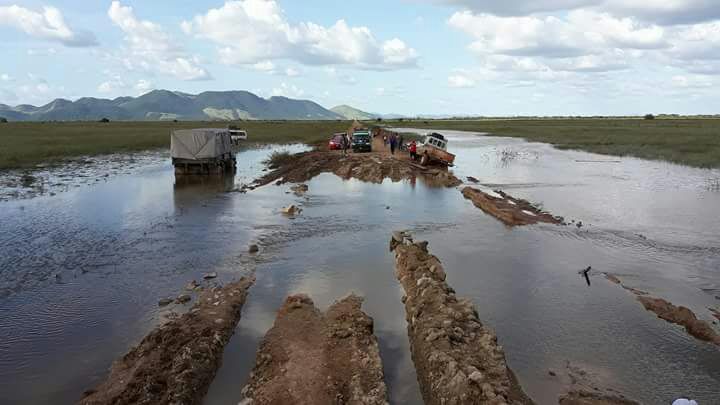 A section of the road to Lethem that has been washed away by flood waters.

The newly-established town of Lethem in southern Guyana has no gasoline because fuel tankers cannot pass the deplorable road which has been deteriorating for several weeks now, prompting concerns by Regional Chairman Bryan Allicock.

“We have a shortage of fuel; just gasoline. We have diesel,” he told Demerara Waves Online News Friday night. Takatu was the last station to have had fuel up to Friday morning when sales were limited to GYD$3,000 per vehicle.

Other sources said all three filling stations in Lethem do not have any gasoline, resulting in motorists having to travel to Bon Fim in Brazil’s Roraima State to purchase fuel. There, gasoline costs about GYD$350 per litre compared to GYD$225 in Lethem.

Residents said they were not worried about a power outage because the Lethem Power Company has sufficient fuel that was pumped from one tanker across the bad stretch of road to another tanker that then transported it to Lethem.

The Regional Chairman said residents and businesses in Lethem and its environs expect the road to be repaired by Sunday or Monday, paving the way for gasoline to be transported to the fuel stations in the town. 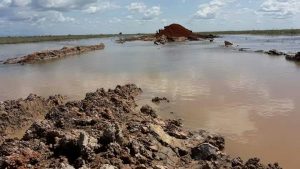 Allicock bemoaned the fact that road repairs began only Tuesday when the Ministry of Public Infrastructure awarded a contract to Julio Perreira’s company to commence works at the bad stretch of the road located about 30 miles from Lethem. He could not understand why Central government waited until the condition of the road worsened before seeking to fix it.

“It is more expensive when you have to do emergency work and that is what we are trying to avoid. They waited until it degraded to such an extent,” he saoid.

He used the opportunity to highlight that since 2015, Region Nine (Upper Takatu-Upper Essequibo) has been proposing in its budget that heavy duty equipment be purchased to allow the region to repair public roads instead of waiting on the Public Infrastructure Ministry. “We are hoping we can get a backhoe and  a Bobcat  or a grader so we can form a maintenance crew rather than wait until it (the road) is gone,” he said.

Allicock said Region Nine would be defending its 2018 budget, which includes a request for backhoe and grader, at the Ministry of Finance on August 18, 2017. “We are keeping our fingers crossed,” he said.

Minister of Public Infrastructure, David Patterson or Minister of Communities Ronald Bulkan did not respond to calls or messages. The recently prolific government Department of Public Information did not issue any statement on the situation.

2017-08-11
Denis Chabrol
Previous: “I did not mislead the President”- Acting Top Cop at Commission of Inquiry into Granger assassination plot
Next: Four men charged with allegedly raping girls at Bartica