Body of labourer, who went missing during fishing trip, found 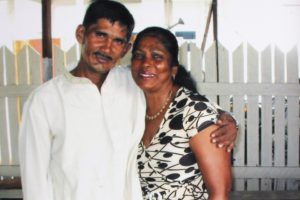 Berbice Divisional Commander, Assistant Commissioner Paul Williams said there were no visible marks of violence and the body did not show any signs of decomposition.

Hours later, they returned home and told his family members that he had gone missing.

His friends were still in custody as a probe continues. A post mortem would have to be conducted on the body to determine cause of death and if any violence was inflicted on the man.

His daughter, Tanuja Parbhudyal, has already cast doubts on the likelihood of her father drowning because she regards him as a very good swimmer. She has recalled that one of her father’s friends had informed her that her father was  standing in waist-high water while they were reversing the boat and throwing out the seine.