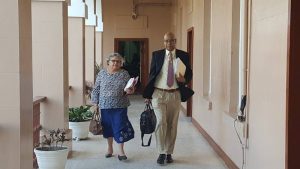 During debate on the Broadcasting (Amendment) Bill 2017 that provides for 60 minutes each day on all private radio and television stations, PPP legislator Juan Edghill charged that the law would collide with freedom of expression and the right to private property.

“The Broadcasting Amendment Bill 2017 suffers from an overdose. It collides with several fundamental rights and freedoms guaranteed to the citizenry by the Constitution,” he said.

Edghill said private broadcasters should be able to make a policy decision about whether or not to broadcast political opinions.

The one hour between 6 AM and 10 PM would have to be set aside for an address to the Nation by the President, emergency notice or disaster warning issued by the Civil Defence Commission, Guyana Police Force, Guyana Fire Service, Minister of Public Health and the “government generally by any agency duly authorised. However, the law would empower the Guyana National Broadcasting Authority to change the fixed or rotation schedules for that one hour if it is dissatisfied with the stations’ allocation. However, Edghill said the regulations were sufficient to faciliate such content and so there was no need to set aside one hour per day. 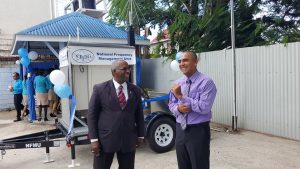 Among the stations that would be affected by the law would be Freedom Radio which is controlled by the PPP and airs anti-government programmes. The now governing A Partnership for National Unity and the Alliance For Change had objected strongly against the allocation of licences to several persons and entities associated with the PPP before the Broadcasting Act 2011 was approved.

Edghill cautioned that if government uses its one-seat majority in the 65-seat National Assembly to approve the amendments, it would “stifle and frustrate civil liberties of broadcasters since all existing licenses would immediately be terminated and licencees would have to apply for a new license within 30 days at the Broadcasting Authority’s discretion.”

The amendment would now require all television and radio stations to apply for new licences within 30 days. If they do not apply or do not receive licences, they would have to shut down or face seizure of their equipment, a change that has raised concerns by the PPP.

The existing Broadcasting Act provides for renewals up to 10 years, which Edghill said raises concerns about the legitimate expectations of all the holders of licences who had been guaranteed renewal. “This amendment does not address that issue,” he said.

Edghill accused government of stiffening media regulation by deciding to amend the law instead of tabling regulations for approval by the House without debate. “I will like to point out why we are not having regulations and we are having amendments because this is more about regulating and ensuring that constitutional freedoms are protected within the process of responsibility but there are other motives,” he said.

Edghill said the best practice is for private programmers to enjoy a “high amount of discretion” while government acts mainly to facilitate competition and address market failures.

The PPP lawmaker said the establishment of the primary, tertiary and secondary zones, their fees would increase astronomically.

The PPP parliamentarian said the United Nations Covenant on Civil and Political Rights to which Guyana is a signatory states that everyone shall have a right to freedom of expression to receive and impart ideas orally, writing, art or any medium of its choice. “The government seems to be very silent on this issue,” said Edghill.

He added that it is legally and morally wrong for the Guyana government to enact legislation that violate a series of international treaties that are incorporated into national law and related to freedom and speech.

Debate on the Broadcasting (Amendment) Bill 2017 continues on Friday.