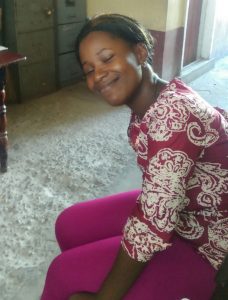 A 21 year old woman, who is a mother of two, was Thursday afternoon granted GYD$250,000 bail on a charge of manslaughter she allegedly committed on her children’s father.

The defendant’s awyer told the court that Ms Halley was in an abusive relationship with Dillion Halley.

The lawyer explained to the court that on that tragic day Dillion was under the influence of alcohol and started a confrontation with Lisa which lead her to stab him multiple times.

The tearful mother stood there as Magistrate Mc Gusty granted her  bail.

She will re-appear in court on Monday.