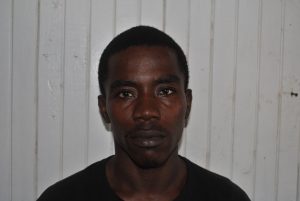 An escapee from the Lusignan Prison was Sunday afternoon shot dead during an alleged shootout with members of the security forces.

Government’s Department of Public Information said  Clive Forde aka El Sinkie was killed during a confrontation at East Ruimveldt.

“Joint Services received information that Forde was hiding out in a house in the area and surrounded the house.

Forde attempted to flee and was engaged. A 9mm pistol with live rounds was found a short distance away from where his body fell,” government spokesman Imran Khan said.

Forde is the first prisoner, who escaped this month, to have been killed. All the others were captured unarmed and without incident.

The Guyana Police Force’s Public Relations Department has not issued a statement on the incident.

Six other prisoners who fled from the Georgetown and Lusignan prisons are still eluding lawmen.