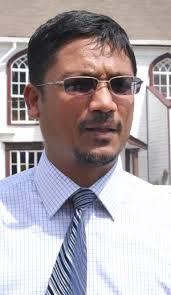 Four High Court Judges and one Court of Appeal Judge are to be sworn in Wednesday by President David Granger.

Those expected to be elevated to the position of Puisne Judges are Attorneys-at-Law Sandil Kissoon, Damon Younge, Simone Morris-Ramlall and Gino Persaud.

High Court Judge, Rishi Persaud is to be sworn in as a Justice of Appeal.

In May, 2017 Justice Dawn Gregory and Chief Justice, Roxanne George were sworn in as Justices of the Appeal.

Younge, Kissoon and Justice Persaud had long been recommended by the Judicial Service Commission to take up those posts, but President David Granger is on record as saying that he had wanted additional information before acting on the Commission’s recommendation in favour of the attorneys.

Justice Persaud’s elevation to Appellate Court Judge had been pushed back because he could not have been interviewed due to the fact that at the time his father had been a member of the Judicial Service Commission and he had to recuse himself from the process.

At 38 years old, Attorney-at-Law Gino Persaud will be the youngest member of the Judiciary when he is sworn in on Wednesday.  He was admitted to practice in 2001 after having completed his Bachelor of Laws (LLB) in 1999 as a Jesuit Scholar and the Certificate of Legal Education at the Hugh Wooding Law School in 2001.  Persaud is British Chevening Scholar having completed a Masters in Public International Law from the University of Bristol. 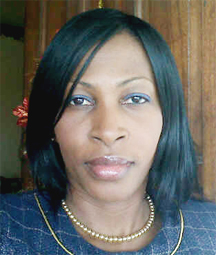 He is also a founding member and past President of Transparency International Guyana, former Secretary to the Disciplined Forces Commission of Inquiry, former tax and customs prosecutor for the Guyana Revenue Authority, former Chairman of the Roman Catholic Justice and Peace Commission and former Chairman of Lifeline Counselling Services.

Kissoon,44,  was called to Bar in 1999 and since then he has been in private civil and criminal practice. He graduated with Honours from the University of the West Indies (Cave Hill Campus, Barbados) and then pursued the Certificate in Legal Education.

Morris-Ramlall was admitted to the Bar in 2000 and since then she has served as State Counsel at the Chambers of the Director of Public Prosecutions from 2000 to 2004 and Parliamentary Counsel from 2004 to 2005. She then moved on to private practice from 2005 to 2009. She is also a Notary Public for the County of Demerara.

The former President of the Guyana Association of Women Lawyers  is a former Law Lecturer at the University of Guyana and Immediate Past Managing Attorney of the Guyana Legal Aid Clinic.

An alum of the United States State Department’s professional exchange International Visitor Leadership Program (IVLP) in 2011, Attorney-at-Law Morris-Ramlall is a member of the Criminal and Civil Justice Committees of Demerara. She also served on the National Domestic Violence Oversight Committee, the National Task Force on the Prevention of Sexual Violence and as Chair of the Appeal Committee of the Guyana Football Federation.