The Private Sector Commission (PSC) on Wednesday urged authorities to monitor the expected large number of remanded prisoners who are being released from custody, but Police Commissioner Seelall Persaud almost immediately knocked down the criticism, saying those being released have not committed violent crimes.

“They are there for non-violent crimes and there are persons who the court would have already granted bail but they could not have paid the money,” the Police Commissioner told Demerara Waves Online News. He expressed surprise that the business organisation issued a public call for monitoring without calling him for an explanation.

Government’s decision to ask the court system to release  a number of remanded inmates on self-bail and free convicts who have been behaving well in an effort to ease the pressure on the penal system following last Sunday’s fire that destroyed the Georgetown Prison, has caused some concern by the business community about the ability to monitor them. “We urge the authorities to publish the true and accurate count of prisoners held prior to the incident, the amount transferred and the unaccounted prisoners. The lack of accurate official information has created much room for speculation and is fueling fear in our society,” the PSC said in a statement.

However, the Police Commissioner said his law enforcement agency does not monitor persons charged with smoking narcotics or assault, but instead used “the capacity that we have to monitor” high risk persons. ” 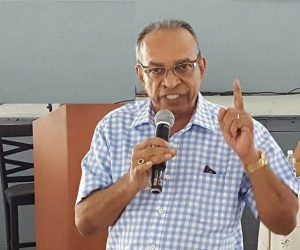 PSC Chairman, Eddie Boyer explained to Demerara Waves Online News that his organisation’s concern was whether the prison system has all the records of the inmates including repeat offenders who would commit more crimes when they are released. “Obviously, they are going back out now and you are going to have an increase in crime and we have a concern for that,” he said. Boyer said the PSC does not want to know the names of the alleged offenders or convicts, but his major concern is that “we don’t have a situation where all of the people have gone out back on the streets and you can’t find them.”

Boyer opposed a “free-for-all” situation in which bail is irrationally reduced and prisoners are release back on the streets.

Another of the PSC’s recommendations to deal with Guyana’s tense and burdened prison system is the privatisation of aspects of the Guyana Prison Services operations such as the provision of meals, training and the rehabilitation of inmates.

Further, the PSC slammed government for doing little or nothing to implement the Commission of Inquiry recommendations after the March 16, 2017 fire at the Georgetown Prison where 17 inmates were burnt to death.”The Private Sector Commission is disappointed that much of the COI on the Prisons was not implemented and monies allocated by the Ministry of Finance to the Ministry of Public Security remained unspent,” the business organisation said. 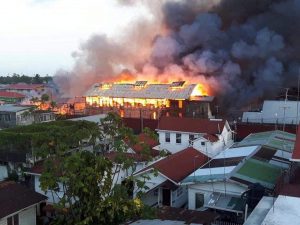 The PSC appeared to blame both the current and past administrations for not doing enough to properly manage Guyana’s Prison system. “Over many years the PSC and its affiliates have followed with disappointment the slow pace of addressing and implementing measures to mitigate the results of a slow court system, the mixing of remand and other prisoners with serious crime prisoners and other causal factors that has placed us where we are with regards to prison management. We note that the deterioration of the prison system was not paid enough attention to by our Political leaders generally over time,” the PSC said.

Other recommendations made by the PSC to improve the prison system include fast-tracking the modification of the Mazaruni Prison, reserving the Georgetown prison for prisoners awaiting trial, ensuring more  civil society leaders are placed on prison-related Boards, immediately examining the working conditions for Prison officers, pushing the judiciary harder to deal with back logged cases, and reviewing proposals for the establishment of a half- way house in the rehabilitative process. “Efforts to speed up the decision making of the judiciary was not enough which has resulted in overcrowding, corruption and general decay of a once successful system,” the PSC added.

The PSC sympathised with the death of Prison Officer Odinga Wickham and wished his seven shot and chopped colleagues a speedy recovery. 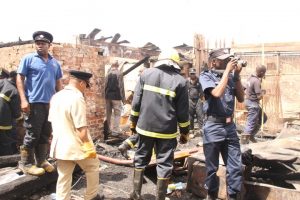 FLASH BACK: Fire fighters about to search the debris at the smouldering site of the Georgetown Prison.

and alone battled the raging inferno and revolting prisoners before reinforcements of police begin to arrive at the Georgetown prisons.  Fire fighters also came in for similar praise from the private sector. “We thank the Army and Police for their successful efforts at the containment of what could have been a larger disaster in our country in terms of loss of life and serious threat to public safety and security,” the business organisation said.

With eight prisoners considered are and dangerous still on the loose, the PSC urged authorities to do everything they could to recapture them.  “We urge the Government of Guyana to ensure that by the re-capturing of the dangerous prisoners that are on the loose, that the stability of our society is ensured. Simultaneously we urge the citizens to report any and all suspicious incidents to the Guyana Police force.”

The PSC said it holds the Guyana government “accountable and ask that top priority be given to the entire process of Prison reform.”