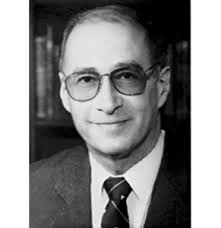 Simon Wade, a former Canadian envoy to Guyana, Suriname, and Trinidad and Tobago, died earlier this month after a 10-month battle with pancreatic cancer, his country’s foreign service said.

Wade served as High Commissioner to Guyana and Ambassador to Suriname from 1996 to 1999.

“Following an almost ten-month battle with pancreatic cancer, Mr Wade passed away with quiet grace on Monday, May 15, 2017 at his home, surrounded by family. He is survived by his loving wife Mariev, his children, Jon and Alana, his grandson, Jonas, his brother, Andrew (Jocelyn), sister, Margo Edgar (John), as well as several nieces and nephews.”

The release said, “Not counting a ‘gap’ year as a locally-engaged chauffeur at the Embassy in Paris, Mr Wade saw thirty-seven years in the Canadian diplomatic service beginning with a short stint at the UN followed by postings to Ireland, Italy, Hungary, Poland, Barbados, Guyana and concurrently Suriname.  His last official posting was as High Commissioner to Trinidad and Tobago from 2001 – 2005.”