Appeal Court judges to be sworn in ; Nandlall calls for High Court vacancies to be filled 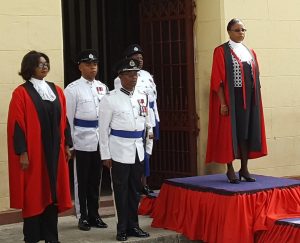 Chief Justice, Roxanne George-Wiltshire and High Court Judge, Dawn Gregory are to be sworn in Wednesday as Court of Appeal Judges, according to well-placed sources.

They are due to take the Oaths of Office before President David Granger at his official residence, State House.

This will pave the way for the Court of Appeal to resume sittings since the retirement of  Justice Carl Singh from the post of Chancellor on February 23, 2017 and the proceeding of Appeal Court Judge B.S. Roy on pre-retirement leave.

Almost two months ago, President Granger had publicly committed himself to swearing in the Court of Appeal judges upon the recommendation by the Judicial Services Commission (JSC).

Shadow Attorney General and Minister of Legal Affairs, Anil Nandlall welcomed the decision to appoint the judges, but said he remained concerned that a number of Attorneys-at-Law, who have been recommended by the JSC, have not been appointed judges.

Nandlall said the elevation of Justices George and Barnes as Apellate Court Judges now creates even more vacancies to be filled at the High Court. 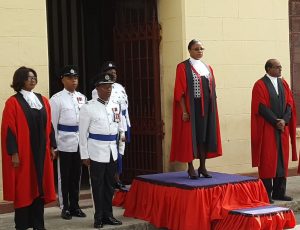 The JSC in February 2016, he said, had recommended Justices Rishi Persaud and Dawn Barnes to be elevated to Court of Appeal Judges and Attorneys-at-Law, Damone Younge and Sandil Kissoon to be appointed High Court judges.

2017-05-16
Denis Chabrol
Previous: Guyanese small farmers to get improved Climate Services
Next: Attorney General was not contemptuous of Court; no need for apology to judge- President Granger