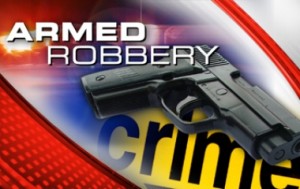 A 23-year old man, who allegedly robbed a Bourda Market vendor of GYD$400,000 cash, and subsequently exchanged gunfire with police, was shot and injured, police said.

The Guyana Police Force did not name the suspect, but said he is from Laing Avenue, Charlestown, Georgetown. He sustained a gunshot wound to his right foot and has been hospitalised in a stable condition under police guard, the police force said. “The matter was reported and within minutes, police ranks on a mobile patrol responded and confronted the bandits, who discharged several rounds at the officers. The police returned fire hitting one of the suspects who fell. His accomplice managed to escape.” The police have recovered a part of the stolen cash from the suspect who tried to dispose of same after being shot..

The vendor was allegedly robbed as he was about to enter his yard at Pike Street, Kitty, Georgetown at about 2:45 Friday afternoon by the injured man and his accomplice.

“Enquiries disclosed that about 14:30hr today the 56 yr old vendor left his place of business and proceeded to his home in a taxi. He arrived about 14:45 hr and was about to open his gate when the suspects, one armed with a handgun, approached on a  motor cycle, pounced and  relieved him of the cash mentioned from his person and made good their escape, east along Pike Street, Kitty,” the police force said.

Police said acting on information the ranks immediately proceeded to a house in Duncan Street, Kitty, where they conducted a search and found an unlicensed revolver with two live rounds and one spent shell.

Four males and two females who were in the house have been taken into custody. One of the females is said to be the girlfriend of the wounded suspect.