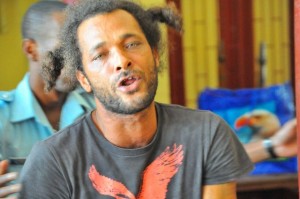 Almost one month after the Director of Public Prosecutions ordered that the file on the shooting death of political activist, Courtney Crum-Ewing be reopened, the  key suspect- Regan “Grey Boy” Rodrigues- was arrested Good Friday afternoon.

He said there was no resistance or confrontation during Rodrigues’arrest.

Ramlakhan said Rodrigues was in custody assisting with investigations. 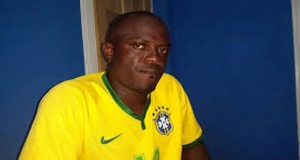 On March 17, 2017 the Director of Public Prosecutions, Shalimar Hack announced that she had rdered that the file be re-opened.

The murder charge against Regan “Grey Boy” Rodrigues was on September 14, 2016 discharged by City Magistrate Judy Latchman because there was insufficient evidence for him to be trialed by a High Court judge and jury.

The DPP’s Chambers said Thursday that in keeping with Guyana’s Criminal Law Offences Act, the case of the Police vs Regan Rodrigues has bee sent back to Magistrate Latchman “for reopening.”

“The sole purpose of this remit is to take further evidence from police witnesses and to rule on the voluntariness of all oral statements of the accused,” the DPP’s Chambers said in a statement.

Crum-Ewing was gunned down while on a megaphone urging residents to go out and vote for the A Partnership for National Unity+ Alliance For Change (APNU+AFC) coalition in the May, 2015 polls.

2017-04-14
Denis Chabrol
Previous: “Government appointing their appointees but guising it as if it is a consensus”- Juan Edghill on SARA
Next: US Dept of Transportation penalises Dynamic Airways for numerous flight delays, lengthy wait for ticket refunds