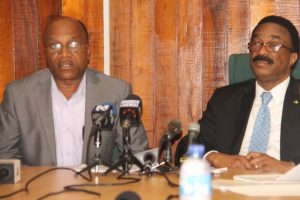 Guyana’s State Assets Recovery Agency (SARA) will be partly using the findings of the several forensic audits to make out cases to the High Court to order the seizure of properties acquired based on stolen wealth, officials said Wednesday.

Chief Executive Officer of the State Assets Recovery Unit (SARU), Aubrey Retmeyer declined to say who SARU/SARA has on its eyes on, but indicated that a number of them based on the several audit findings. “We have information that points to a number of individuals and some of them are clearly in those audit reports that were conducted shortly after the change in administration; some of those cases would certainly lend to asset recovery,” he said. 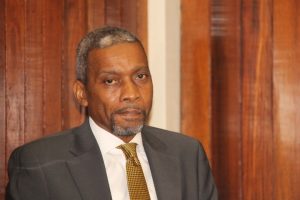 , Attorney General, Basil Williams said the draft law provides for no arrests, no charges, no prosecutions or jailed. “There is nothing criminal about this Bill. It is intended strictly to act against property… so the provisions go to State property obtained by the unlawful conduct of a public official or any other person,” he said.

Officials said the alleged owners of stolen property have a right to seek injunctions or appeal decisions.

He said ideally the agency would be ready to apply to the court for seize orders from Friday, one day after government is expected to use its one-seat majority to pass the State Assets Recovery Bill 2017. The opposition People’s Progressive Party (PPP) had called for the Bill to be sent to a House bipartisan select committee. 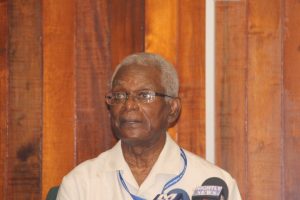 Legal Adviser to SARU, Brian Horn said SARU’s civil proceedings and the State’s criminal charges against someone like Dr. Jennifer Westford could continue concurrently but the asset recovery proceedings would be suspended until the outcome of the criminal proceedings.

Professor Thomas appear unperturbed by threats of legal action against the Bill when it is passed by the House and signed into law, saying that similar pieces of legislation in other countries have been challenged unsuccessfully.