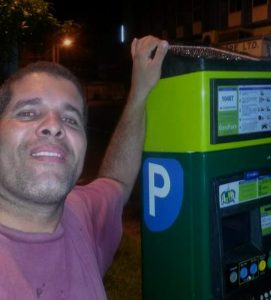 The fraud charge against city businessman, Mikhail Rodrigues, – the man who sledge hammered a parking meter clamp last month- was Friday freed of a fraud charge.

He was accused of  fraudulently converting a Canter truck, GJJ 4976, to his own use two years ago.

The case was dismissed by Chief Magistrate Ann Mc Lennan after the the owner of the vehicle, Raghubeer Paul, opted not to give evidence in the matter. Paul had given Rodrigues the vehicle valued GYD$2.2 million to use, but never returned it but instead converted it to his own use.

She also ordered the police to immediately release the vehicle into his custody.