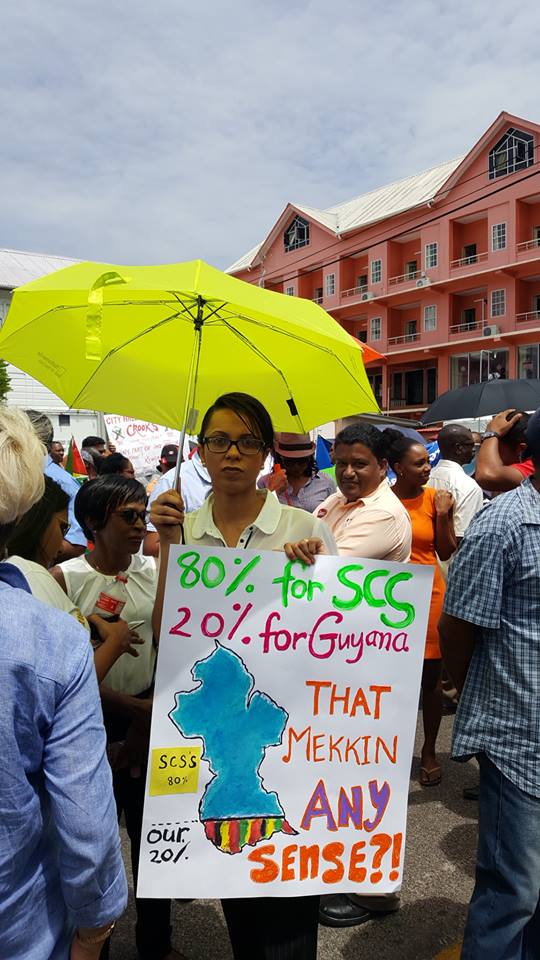 City Hall earned a paltry sum of just over GYD$250,000 from the controversial parking meter system, even as Cabinet remains worried about the political implications of the deal between the Mayor and City Council and Smart City Solutions (SCS), according to well-placed sources.

Sources said the virtual boycott orchestrated by the Movement Against Parking Meters (MAPM) has seen the city mustering just over quarter of a million dollars mainly from two days of metered parking during February, 2017.

City Hall has said the municipality has earned 20 percent of the gross revenue garnered from the first month of operations, but has declined to officially disclose a dollar figure. The remaining 80 percent goes to SCS from which, according to authorities, that company has to pay salaries, taxes, social security and other operational costs.

The measly amount earned so far has come at a time when the City administration and the David Granger-led coalition central government continue to mull the future of the existing contract.

Sources said almost two weeks ago, Minister of Communities Ronald Bulkan, Attorney General Basil Williams and Town Clerk Royston King held another meeting to examine the available options. One of the overriding concerns, according to sources, is the negative signal that scrapping the contract would send to international investors.

One of the cases before the High Court is calling for the contract to be revoked on several grounds.

Sources said some Cabinet members are worried that the parking meter deal, regarded in and out of City Hall as being less than transparent and rather burdensome on the working poor, could result in a loss of political support for the razor-thin one-seat majority central government.

The majority of APNU-associated councillors are in favour of the contract while those from the Alliance For Change (AFC) are against. At the level of central government, the AFC has made its position known that the contract should be suspended and allow for a full review due.

Meanwhile, MAPM is showing no signs of letting up in its demand for the contract to be revoked and the need for a metered parking system to go out to public tender.

SCS says it has invested US$10 million in the project which is being expanded to several areas of the City.