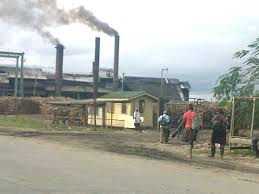 The Guyana government, through the Ministry of Agriculture,  has decided to make lands available to workers of the Wales Sugar Estate for them to become self-sufficient in farming practices.

This decision comes as government continues to explore feasible alternative ventures to ensure that the well-being of sugar workers of the estate is considered, even as the sugar industry transitions into a more diversified agriculture sub -sector.

Earlier in the month proposals were made by the government through the Wales Estate’s Manager, Devendra Kumar to the workers. The lands offered to workers are intended to transform them from a state of depending on sugar to becoming self-sufficient.

“The kind of projects that we have earmarked for that just to remind you, is in the area of rice cultivation, possibly aquaculture, the establishment of orchards and dairy farming. As far as that goes, where we are talking about dairy farming and orchards, we’re looking at the possibility of setting up juice processing facilities and pasteurisation facilities here at Wales Estate to process the juices, as well as the dairy products,” the estate manager was quoted as saying by the Government Information Agency (GINA).

Meanwhile, approval has been given by the Board of Directors of the Guyana Sugar Corporation (GuySuCo) for 14 workers from the Wales Estate to access lands by lease to cultivate sugar cane. These workers will now be recognised as farmers supplying sugar cane to the Uitvlugt estate.

According to Errol Hanoman, Chief Executive Officer of GuySuCo, a number of other workers had applied to be a part of this venture.

GuySuCo has engaged the Wales workers on several occasions with regards to securing their future. The current proposal is aimed at creating wealth and providing jobs for residents and sugar workers in Region Three.

“The size of our cultivation (land) is 3356.1 hectares or some 8000 acres. Now that’s a lot of acreage to deal with, that we are talking about and developing something like that; our thinking is we would like our employees of GuySuCo who have an interest in this particular kind of development, if it is that you would be interested in coming on board, if we were to, let’s say make available lands to you if you would come on board, not as individual farmers, but if you would like, form yourselves in co-op societies, how would that idea come across to you?” Kumar asked.

One cane harvester expressed his interest in the government’s proposal by doing cattle ranching but opted on going after the venture through a co-operative society. Workers said that other co-operative societies and unions have made them feel cheated and hereafter the only way forward with this proposal is to do so individually. Others would like to see systems in place to ensure that they have significant guarantees and access to markets even after venturing into farming.

It was emphasised that the Wales Sugar estate is transitioning into other forms of agriculture. The government has recognised that the sugar workers’ livelihood is dependent on the output of this particular estate.

The future of the estate’s cane harvesters was initially considered when the government offered alternative employment to the workers. According to a press release from the Ministry of Agriculture (MOA), there is full and secure employment for cane harvesters at the Uitvlugt Sugar Estate.

The government does not intend to lose any remaining workers, but rather to have them maintained, sustained and or utilised. In 2016, workers that could not be retained at the estate received $80.1M in severance pay.

However, the retained sugar workers have been demanding severance pay since most of them have opted not to work at the Uitvlugt estate.  “This new and sudden demand for severance is most unreasonable and appears to be politically instigated. Extensive efforts were made to ensure continued employment of the Wales workers at Uitvlugt and this was successfully achieved,” the press release stated.

Sugar workers complained of the distance they would have to travel to the alternate estate, mentioning that a full day’s work would not be possible. The press release by MoA pointed out that “transportation is being fully provided to Uitvlugt from the West Bank of Demerara and back. GuySuCo has stated that no worker is responsible for providing their own transportation.”

Additionally, reference was made to a similar re-assignment of Skeldon sugar workers to the Albion Estate (a greater distance of travel) where no complaints were made, instead the adjustments were accepted.

Since coming to office, the coalition government has undertaken to re-organise the GuySuCo with a view to making it profitable and less dependent on billion dollar subventions from the treasury.