Communities Minister Ronald Bulkan today confirmed to Demerara Waves Online News that Region 9 Regional Executive Officer, Carl Parker, will be removed from duty, with immediate effect, following a charge of sexual assault against him today in the Georgetown Magistrates’ court.

A replacement has not yet been determined, Bulkan added. 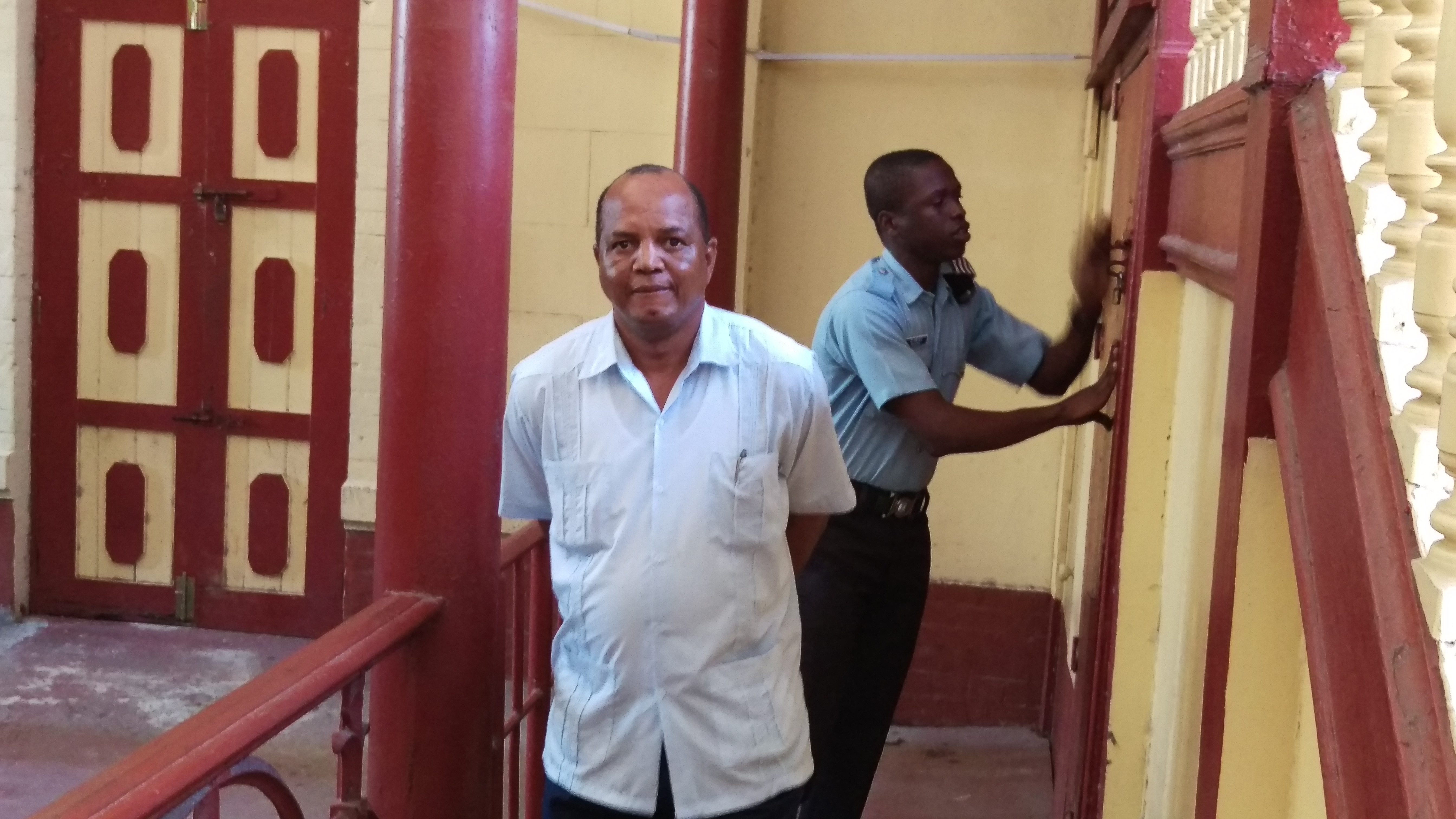 The matter, heard before city magistrate Judy Latchman, was held out of the view of the public, in keeping with laws which protect the identities of victims of sexual offenses. Parker, 53 years, of Lethem was taken out the courtroom in handcuffs, smiling with the press corps while his photo was taken. He was placed on $200,000 bail.

His attorney, Jerome Khan, told the press outside the courtroom the accusation against Parker is one which has shocked the region. Khan believes his client is a victim of a political assault “intended to remove Parker from Region 9.”

Khan told the press corps these attempts to remove Parker became evident when allegations were made against him that he was shifting sides from the governing A Partnership for National Unity+Alliance For Change (APNU+AFC) to the People’s Progressive Party (PPP).

The Attorney-at-Law said the accusation has been trumped up because he has refused to facilitate contracts for supporters of the APNU+AFC coalition.

“His problem is that he was approached by elected officials in Region Nine to award contracts to friends and he stoutly resisted against that approach. They even went and complained that he not giving contracts to long-standing supporters of the current administration,” Khan told Demerara Waves Online News.

He said the REO, whose work has been “exemplary”, has been insisting on the need to follow the procurement rules.

Khan said although the sexual assault incident occurred on June 13 last year, it wasn’t until December last that the matter was reported to the Police. The attorney said his client cooperated with police throughout the process.

Quite recently, Opposition Leader Bharrat Jagdeo told the press corps there was an attempt by this administration to suppress the sexual assault allegation against the REO, Carl Parker. Jagdeo also said Parker had another allegation made against him by a region 9 official.

When questioned on whether that matter was reported to the authorities, Jagdeo responded in the negative. Khan told Demerara Waves Online News the allegation of sexual assault which Jagdeo mentioned was one which happened a while ago, but he believes this is a “political storm” since the person making the allegation was closely linked to the PPP.

“No official report was made on that matter,” Khan told Demwaves.