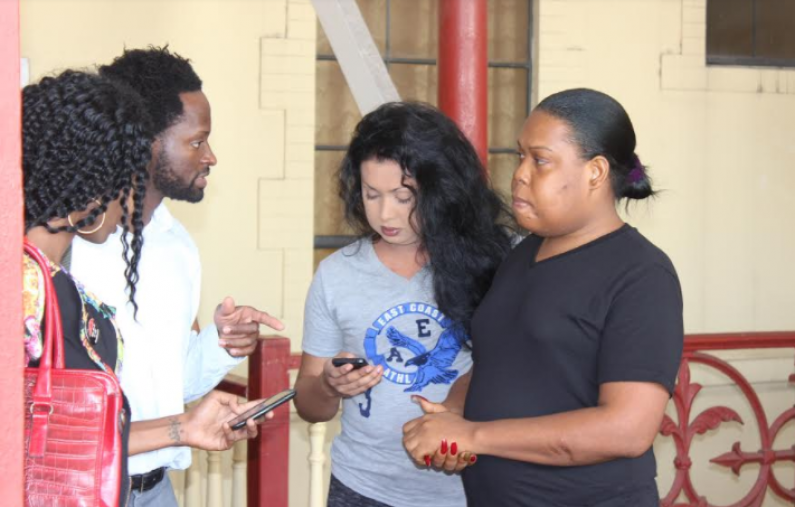 The Society Against Sexual Orientation Discrimination (SASOD), and the Guyana Trans United (GTU) this morning wrote to Chancellor of the Judiciary, Justice Carl Singh concerning the actions of city magistrate Dylon Bess who, on multiple occasions, has barred transgender women, denying recognition of their gender identity in his court.

This complaint was sparked by a refusal of Bess to hear the case of a transgender woman, Petronella, in January because she was dressed in female attire.

The matter was reported at the Brickdam Police Station and the perpetrator was charged for assault.

The case was heard before Bess on January 31, but according to Petronella, she was admonished for attending court dressed in female attire, consistent with her gender identity.

“I am only aware of two types of genders; that is male and female. I don’t know about any transgender,” Magistrate Bess reportedly told Petronella in January.

He reportedly admonished Petronella that she must attend his court on the next scheduled date (February 7) dressed in pants, a shirt and without any earrings. Petronella complied today with the request.

Petronella had said Bess warned if she failed to comply with his instructions, he will deal with her accordingly.

“Bess has an ideological perspective not rooted in the law but in his own biases,” SASOD’s Managing Director, Joel Simpson told Demerara Waves Online today.

Simpson advised Bess be guided by the 2013 ruling by then Chief Justice Ian Chang that cross dressing in Guyana is not illegal, save and except for when it is done for an “improper purpose.”

“Going to court to give evidence in a case where somebody assaulted you cannot constitute an improper purpose,” Simpson told Demwaves today.

The “improper purpose” proviso is currently subject to an Appeal made by representatives of the LGBT community seeking clarity on what it means. That appeal decision was slated to come up this month, but Simpson said no word has been given as yet on a date.

Chancellor Carl Singh, Acting Chief Justice Yonette Cummings-Edwards, as well as Justice Brassington Reynolds were all presiding over the appeal late last year, and are expected to make a ruling.

A formal complaint had been issued in March last year when Bess refused to hear matters for three transgender women, all in the same month. A protest action was held outside the court then by the Guyana Trans United, an organisation representing transgender women.

Simpson said since the letter was sent last year, Bess had stopped barring transgender women in female attire from hearing their matters in his court. Simpson said in other courtrooms in the Magistrates’ Court, trans identities have been accepted, acknowledged, and respected.