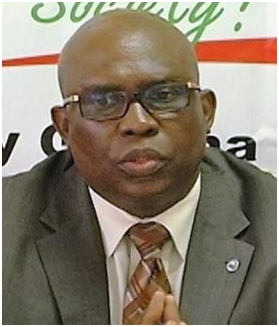 Police said he is wanted for questioning in relation to fraud which he allegedly committed between February 4, 2016 and May 20, 2016.

Aside from the criminal probe, folklorist and Communication Specialist Allan Fenty has sued Thomas for more than GYD$400,000 that he lent him.

Thomas, who at one time had harboured ambitions to become a leader of one of Guyana’s major political parties, reportedly departed Guyana several weeks ago.

Thomas rose to prominence in 2014 when he had spearheaded a civil society group named the Guyana National Council on Public Policy (GNCPP). At that time he had run into problems with the then People’s Progressive Party Civic (PPPC) administration over the holding of a public dialogue at the Guyana International Conference Centre (GICC).