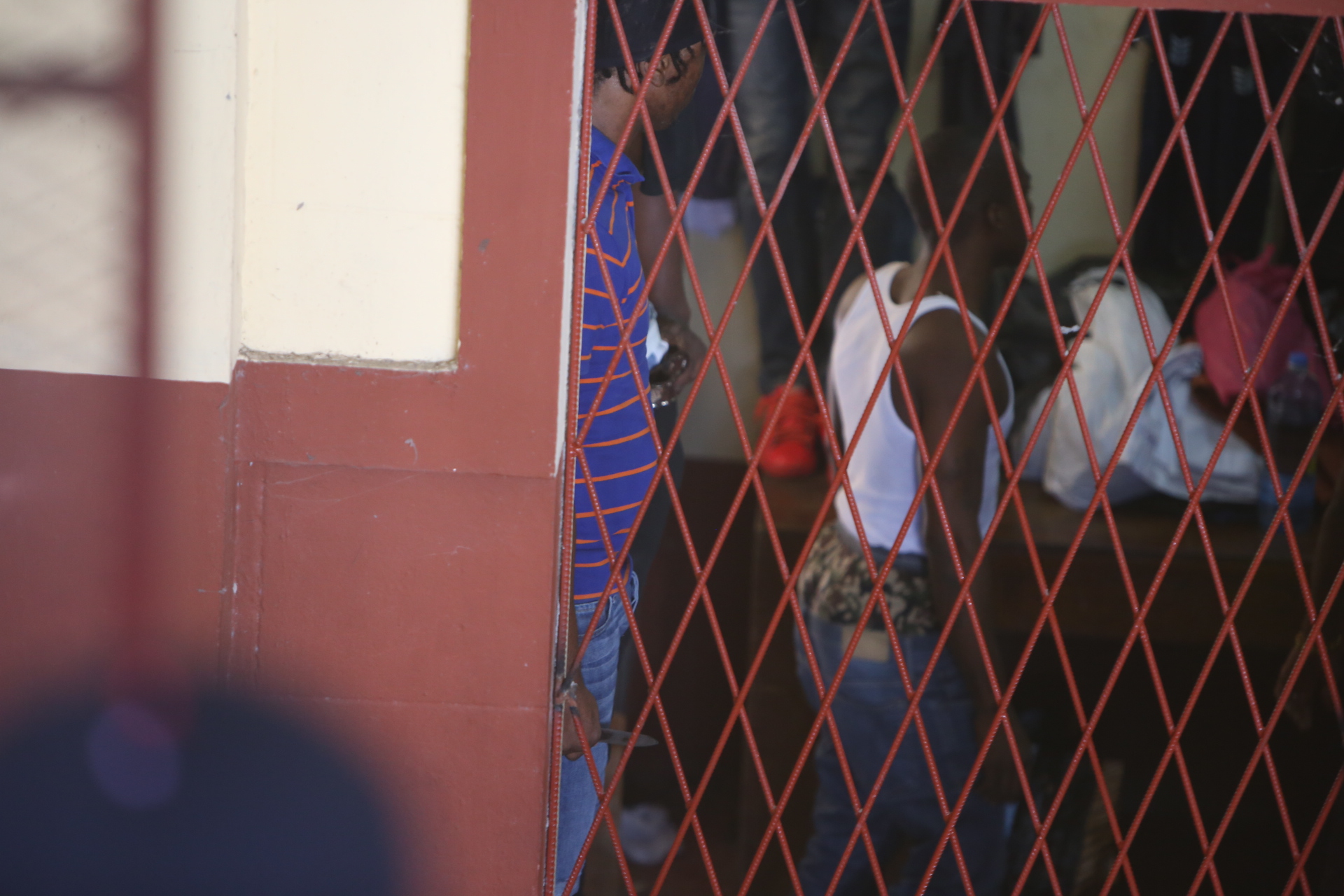 An inmate standing on a table wields as officers try to calm heated inmates inside the locked-down police Outpost.

A brawl among a group of inmates at the Georgetown Magistrate Courts saw one prisoner pulling a knife on another, causing ranks to call for backup and temporarily shut down the main access way of the Court.

The knife wielder, 19-year-old Regus Lamazon, was charged October last with the murder of a Laing Avenue man.

Reports are still emerging as to who were the other inmates involved in the brawl.

The brawl started in the Police Outpost at the Court, causing officers to immediately lock down that space. Officers inside tried to calm the inmates as one was seen wielding a knife while standing on top a table.

A canter, with heavily armed officers in the tray, pulled up at the Court no less than ten minutes after the brawl started. The officers entered the compound and secured the main entrance as inmates were moved one after the next into the Police Outpost to be searched. 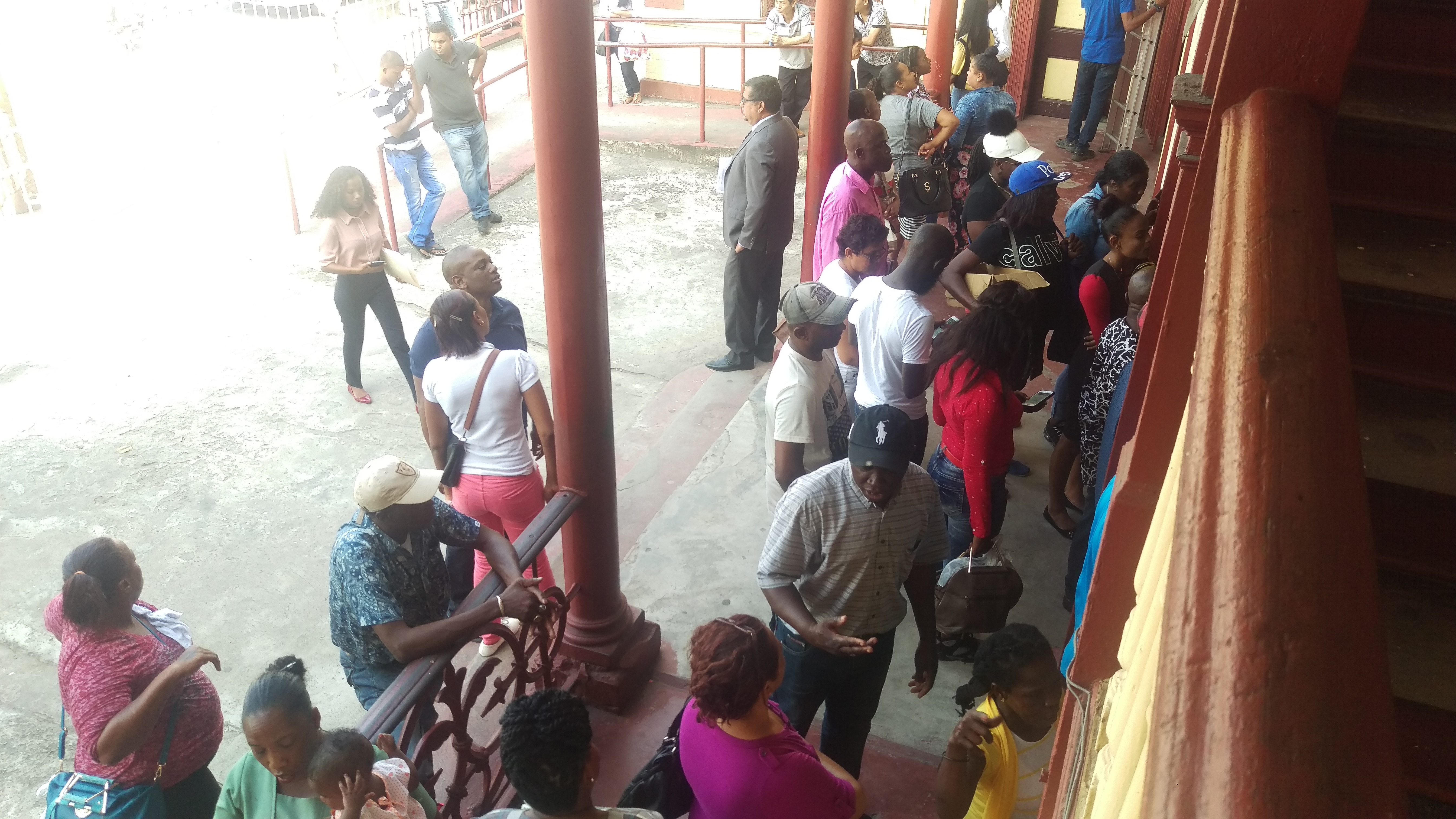 Crowd gathered outside the main entrance of the Court as inmates were searched.

“Bai me ain’t want no man touch me,” one inmate protested as he was being searched by officers. Another inmate, also in protest, told ranks no search was done when an inmate was stabbed some time ago inside the holding cell. 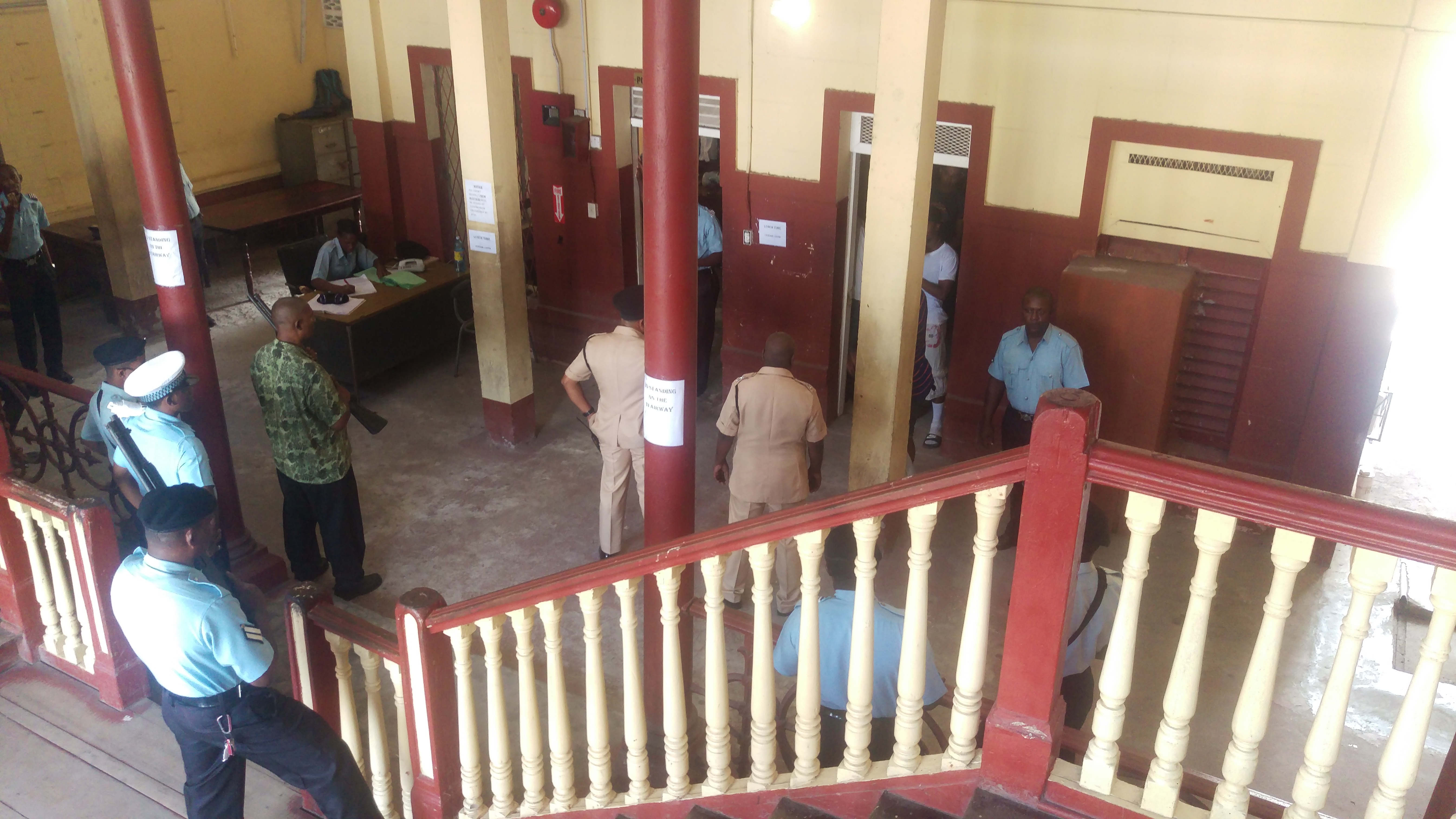 Police searching inmates at the Courts.

At this point, it is unclear whether the police uncovered anything in their search.