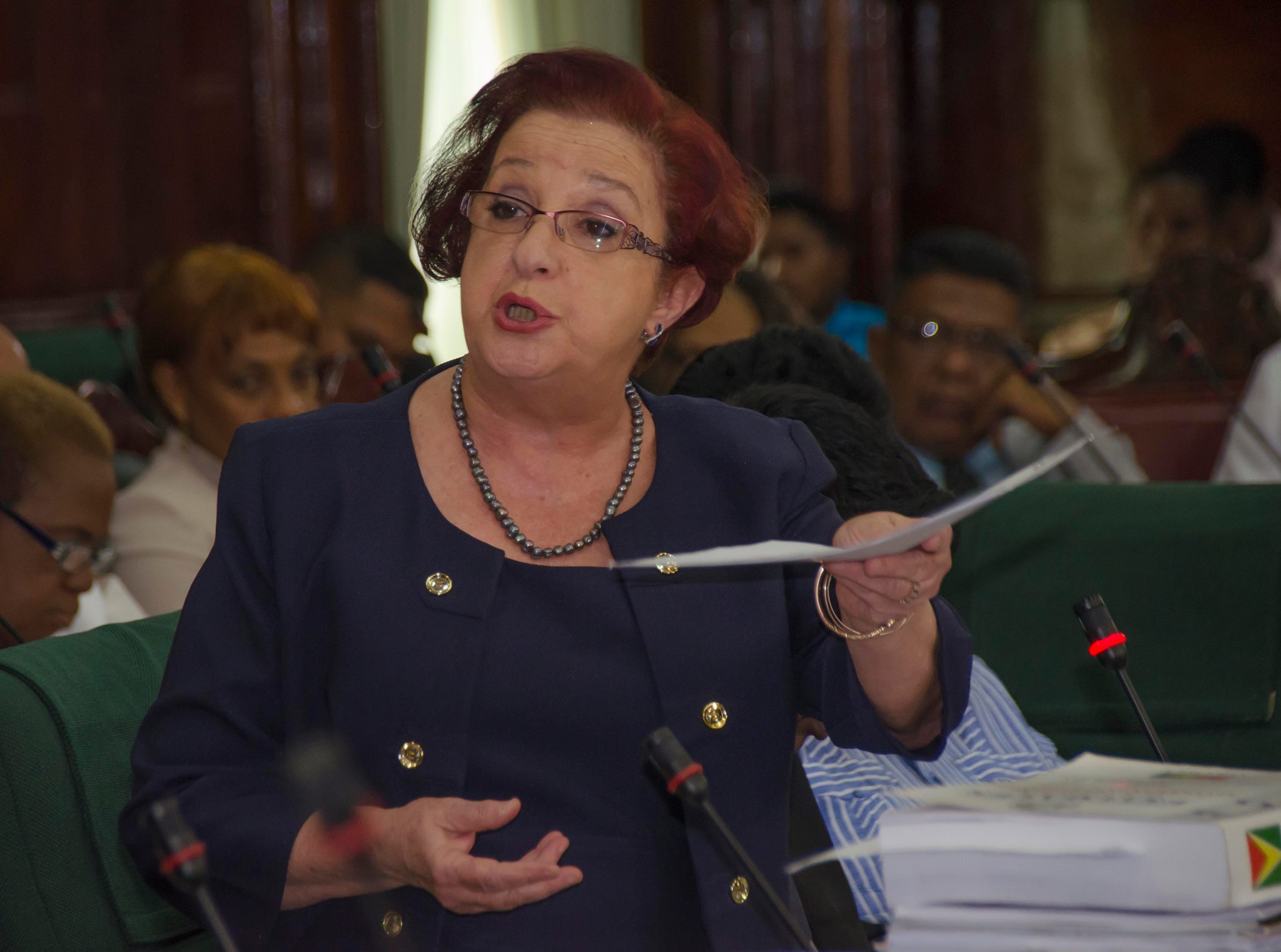 “Is VAT and VAT and VAT everywhere” decried Opposition Chief Whip Gail Teixeira today in the National Assembly as she read a parliamentary motion in her name, which challenges government’s removal of a number of items from the Value Added Tax (VAT) zero-rated list, but government is questioning the validity of the motion.

The parliamentary motion laid today “calls on Government to repeal” the VAT order which comes into effect on February 1, 2017.

The motion challenges a published December 19, 2016 gazetted order which shifted a number of items from the VAT Zero-Rated list to the VAT-Exempt list.

As Opposition MP Teixeira read out a list of items formerly included in the zero-rated list, a shout of “Diabetes!” emerged from the government side of the house. “Repeal the VAT order no.18 and reinstate all of the items previously,” Teixeira begged. 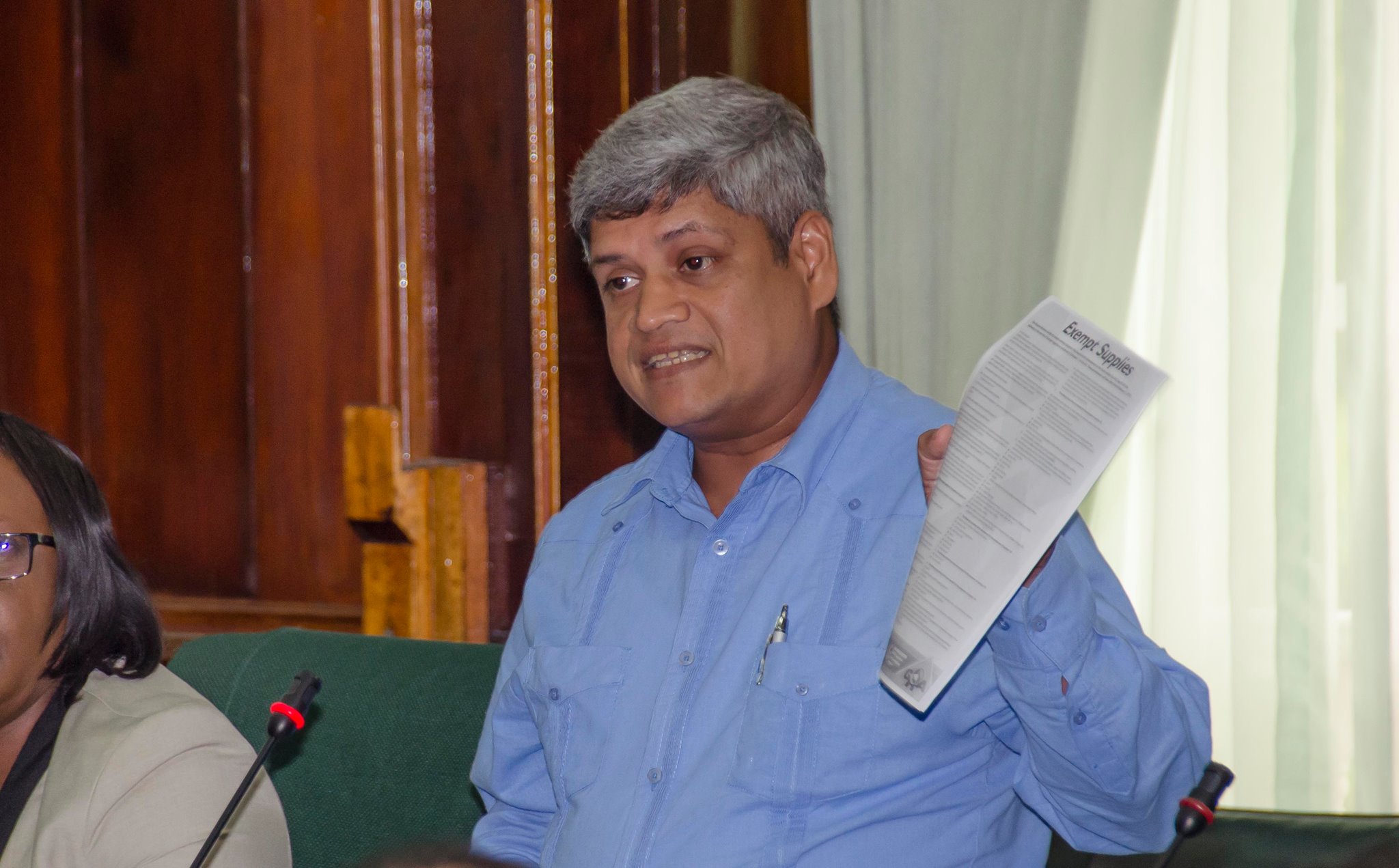 Jaipaul Sharma, Junior Finance Minister, spoke immediately after Teixeira, sparing no bones to challenge what he called a number of errors emerging from Opposition benches about the VAT order.

People would not have to pay VAT if something previously zero-rated is now exempt, Junior Finance Minister Sharma said commencing his presentation. “You won’t be seeing VAT on the receipt, and that is what’s important.”

“Issue of persons paying VAT is a misnomer,” he continued, “what is important is these measures benefit business people. Business people do not have to wait for a VAT refund. It is simpler for them. Life is also easier for GRA [Guyana Revenue Authority] who don’t have to spend the time to implement those refunds.”

Sharma went on to point out both the VAT exempt and zero-rated lists are currently published on the Guyana Revenue Authority (GRA) website. 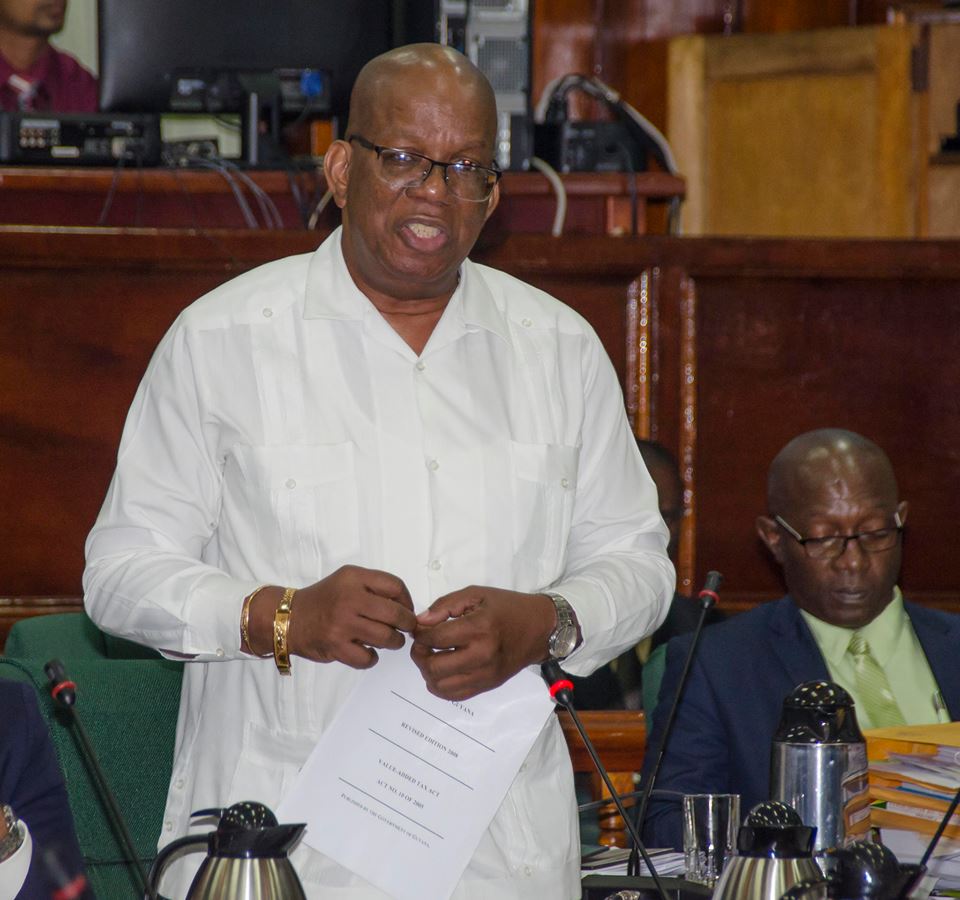 Finance Minister Winston Jordan, who also spoke in the debate, painted an image of the need to ensure there was VAT, noting this as an important tax linked to national development.

Minister Jordan said when the VAT Act was implemented fully in 2007, VAT was 27.6% of total revenues collected by government. This was net VAT after refunds were given back, he noted.

Jordan said this was due to a weakening of the VAT base. The current government was guilty of this practise, Jordan said further, in fulfilling a manifesto promise by making 50 food items VAT-exempt, thus continuing to weaken the VAT base.

Jordan plugged the need for VAT since Guyana would have to borrow money to finance developmental projects, which would ultimately affect taxpayers in repayment and interests for international loans.

There were a number of other items identified on the list.  “All items that are deliberately called “poor people food” are on the exempt list,” Jordan said referring to words which first emanated from Opposition benches.

Opposition MP Dr Frank Anthony said hearing aides and medical supplies were zero-rated before Budget 2016, and while he noted some items were later put back on the zero-rated list, he failed to provide any specification as to those items. 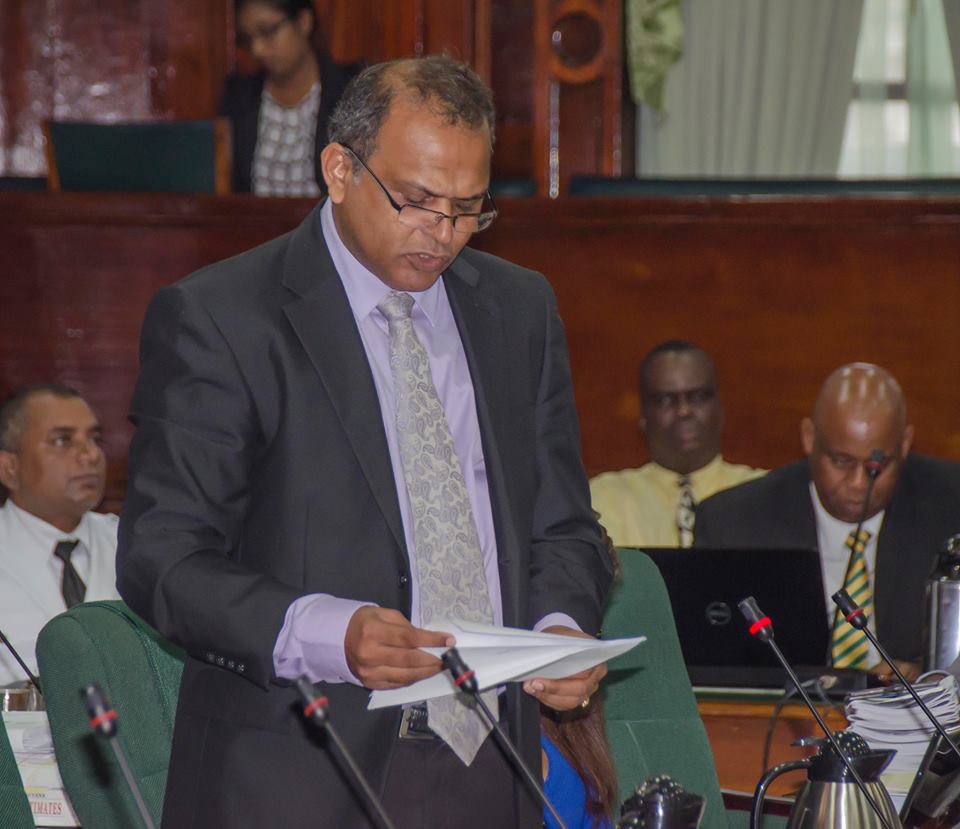 Dr Anthony said a number of items were removed in during the November 2016 budget reading. “Only two items were displayed that were exempted. They were glucometers and clutches. All the rest were moved from zero-rated and they attracted 14% VAT,” Dr Anthony told the House.

He translated this to a 14% tax “imposed on sick, deaf, visually impaired, and disabled people. These measures attack the most vulnerable amongst us.”

Wrapping up the motion in her name, Teixeira read out a number of items she said were made to the exempt list from the zero-rated list. These include rice, sugar, cooking oil, nestum, gerber, split peas, unprocessed meats, flour of all types, barley, and cassareep.

Teixeira believes government’s measures moving some zero-rated items to the VAT-exempt list puts unfavourable burdens on citizens. Teixeira’s motion, during voting, was struck down by government’s majority in the National Assembly.