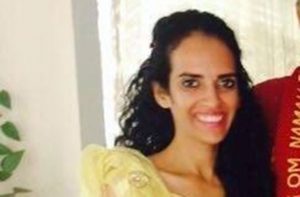 Guyana’s Deputy Solicitor General, Prithima Kissoon has accused Attorney General and Minister of Legal Affairs, Basil Williams of frustrating her out office  by refusing to cooperate with her on several cases while at the same time publicly questioning her performance.

Repeated efforts to contact the Attorney General on his mobile phone proved futile.

Kissoon, who has worked with three Attorneys General since February 2013, has since written to the Public Service Commission (PSC), lodging complaints against Williams. Those letters have been copied to Minister of State, Joseph Harmon.

“Commissioners, I respectfully wish to inform you that the course of conduct administered unlawfully by the AG personally upon me are reprehensible, unbearable and malicious, initiated and executed by the AG, Basil Williams SC, so that I leave the office which I consider through the opinion of my lawyers as constructive dismissal,” she told the PSC in  the letter dispatched last week.

Kissoon wants the PSC to approve her deferred leave from 2016 to allow that constitutional body to “find a remedy  in the circumstances” and approval for her to leave Guyana.

“In Court matters draft opinions/pleadings are presented to the AG, Mr. Basil Williams, for approval, signature, correction or alteration and even though reminded regularly this is not done or is done so belatedly and at the ninth hour that I have been embarrassed before the Courts or had to resort to my legal acumen to ensure that the State is properly represented,” she said in her letter addressed to the Secretary of the PSC.

The Deputy Solicitor General charged that on occasions when legal matters do arise in Court, in which she appears in the majority of cases, although the Attorney General in writing, undertakes to the Court to appear and conduct the matters he does not do so or his appearance is merely cursory.

Kissoon further charged that the  Attorney General has failed to approve or sign written submissions prepared by her  or examine pleadings despite those documents being sent to him via email or being given to his Confidential Secretary, Ms. Demi Hipplewith, Ms. Andrea Marks and other assistants he has retained over the past year.

Kissoon said the Attorney General has has since instructed Ms. Hipplewith and his other assistants to refuse to accept any documents or correspondences from her and “as a result, I have had to resort to registering or express mailing him my correspondences and at all times emailing him and carbon copying relevant recipients.”

“Kindly be informed, that on numerous occasions the Attorney General requests adjournments for matters and despite the Honourable Courts adjourning matters to accommodate the AG, he has continued not to give instructions or examine documents prepared by me before they are filed or presented to the Cour,” she added.

The Deputy Solicitor General said relations further deteriorated on January 19, 2017 when the Attorney General “wrongfully and unlawfully” that she and Chancellor of the Judiciary, Carl Singh conspired to aid Opposition Leader Bharrat Jagdeo in the case of the Attorney General vs Bharrat Jagdeo. She said it was the Full Bench of the Court of Appeal  that dismissed the Appeal, filed by the former Solicitor General, after a Motion was filed by Mr. Murseline Bacchus seeking to have the appeal that was improperly intituled, dismissed as an abuse of process of the Court. “I can assure you that such utterances in the press are without factual basis and indeed created an action of libel against his victims who were named in the Chronicle,” she said.

In a separate letter on January 23, 2017, the Deputy Solicitor General told the Attorney General that “You have sought to besmirch and vilify my character and impeach my integrity, hoping that your harassment of me in the Office and now in the public domain by the aforesaid publication will cause me to abandon my Office and vacate same,” she said in the letter that was copied to Attorney-at-Law, Jailall Kissoon, the Secretary to the PSC and Minister of State and Public Service, Harmon.

“In the aforesaid matter the AG though notified of a motion filed by Mr Bacchus in which I appeared and which required an Affidavit in Answer to be filed by the AG, as he was the named appellant: this was not done even though I diligently prepared a draft Affidavit and presented same to him he did not see it fit to peruse or discuss or give me instructions on same.  I have records to show my notification and reminders to him,” she added.

Whilst this step, that is to have the Affidavit in Answer filed, was not taken to satisfy the procedure of the Court, the Court continued to fix a date for the hearing of the matter. Adjourned dates are continued to be given in which I have to appear and I am duty bound to the Court who enquire about my course of action.  In the Attorney General v Bharrat Jagdeo, I sought to make oral submissions which were put in writing and sent to the Court as well as copied to the AG.

Kissoon said she has since been instructed by the Permanent Secretary to cease  conduct of all court matters involving the AG Chambers until further notice, and on the 23rd of January, 2017, “I received a further memo questioning my conduct as to the non filing of the Affidavit in answer in the case of AG v BJ.”

“On the 24th Jan, 2017, in pursuance of AG further humiliating me and seeking to find a reason lawful or unlawful to oust me from my post he sent members of his Admin staff to record from my office all the cases that are contained therein, whatsoever that means I don’t know for I deal only in court cases, for which all pleadings and documents are a matter of public record, having been filed,” she said.