One dead, another injured in drive-by shooting 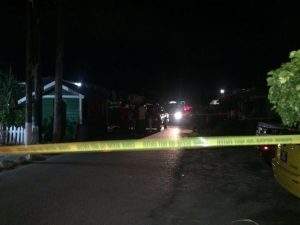 Police cordoned off a section of Genip Lane, East Ruimveldt where Zeggy Fraser was shot dead and another man injured Thursday night, January 26, 2017.

A small  scale businessman, who was due to  travel to the United States (US) on Saturday, was shot dead as he was leaving home to purchase food, his mother said.

The incident occurred at Genip Lane, West Ruimveldt.  “He bathe and then he said ‘mommy ah going and get something to ear and same time he will go by his boss and collect two suitcase’ and when I go downstairs to bathe I hear bow bow bow,”  Fraser’s mother, Jean Fraser told reporters.

Fraser said her son purchased his airline ticket earlier Thursday to depart at the weekend. 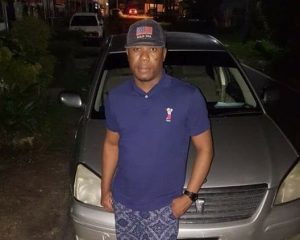 Zeggy frequented the US where he purchased brand name clothing to sell in Guyana.

The motive for the shooting was not immediately known.