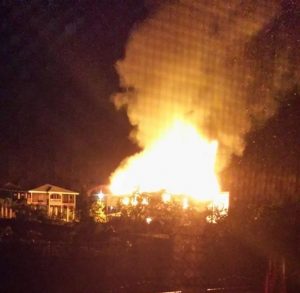 The fire at Kaneville Housing Scheme, Grove burnt to death seven month old Romain Seth and left 11 others homeless. The owner of that premises, Michelle Menezes, lived with her kids.

Investigators suspect that the fire at Kaneville was arson. The cause of the other blaze at Diamond was due to an unattended stove. A nearby resident said she heard a loud explosion and looked through her window when she saw the house ablaze.