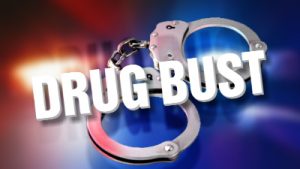 A Guyanese man, who is a permanent resident of the United States, was Saturday night arrested in connection with the alleged discovery of cocaine in his suitcase while he was preparing to leave Guyana,  Head of the Customs Anti-Narcotics Unit (CANU), James Singh said.

The 45-year old man, who is a construction worker, was returning to Brooklyn, New York when he was held with the 1.5 kilogrammes of cocaine in the false walls of his suitcase.

The detainee was residing at West Ruimveldt, Georgetown during his stay in Guyana. He told investigators that he was returning home at the end of the Christmas holiday.

He was about to leave on a Dynamic Airlines flight when CANU agents  held him in what turned out to be the agency’s second drugs bust for the New Year.

On January 4, 2017, CANU agents said they seized more than four kilogrammes of cocaine from Clarabel Thompson who was about to board a LIAT flight for Antigua.

She  has since pleaded not guilty and has been remanded to prison until January 28, 2017.

2017-01-14
Denis Chabrol
Previous: AFC supports Red House lease revocation; accuses PPP of playing on Cheddi Jagan emotionalism
Next: Eye On The Issues: Guyanese have to decide what kind of society they really want by GHK Lall