Region Three Deputy REO arrested in US allegedly with cocaine 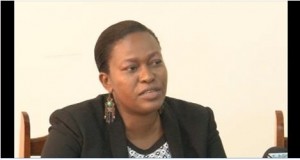 The Deputy Regional Executive Officer for Region Three (West Demerara- Essequibo Islands), Ameena Marlyne Hinds has been held in the United States (US) allegedly with a large quantity of cocaine.

Sources said the 36-year old Ameena Hinds has been absent without leave for the past two weeks, a situation that would eventually result in her services being terminated. She was held on October 29, 2016.

Capitol News reported that Hinds was arrested in Houston, Texas for allegedly transporting three pounds of cocaine from the twin-island Republic of Trinidad and Tobago.

Investigators said she told them that she was given a suitcase lined with the cocaine while in Trinidad.

Hinds was a passenger on United Airlines flight 1250 from Port of Spain and arrived at the George Bush Intercontinental Airport Houston at 2:15 p.m. on October 29 when she was inspected by a Customs and Border Protection Officer (CBPO), who made the discovery.

Capitol News further reported that the woman told CBPO officers that she is currently burdened by a US$5,000 personal debt and has had difficulty meeting her financial obligations and debt collectors have been calling on her for repayment is what motivated her to transport the drugs.

She was approached by an unknown individual whom she described as a ‘Mystery man’ and offered US$2,500 to take a suitcase with the drugs concealed inside to the United States.

She also told officers that she was instructed by the mystery man to travel to a hotel in New York and make contact with him when she arrived and arrangements would be made for someone to retrieve the suitcase containing the drugs in exchange for the payment.

Hinds was a candidate for the opposition People’s Progressive Party Civic (PPPC) in the 2015 general and regional elections.