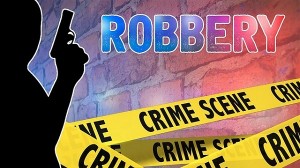 A fuel dealer was robbed of GYD$6.2 million and other valuables near the Tactical Services Unit (TSU) of the Guyana Police Force (GPF) , one hour after leaving a city bank, he told Demerara Waves Online News.

Thirty-two year old Randy France of Barima, North West District told Demerara Waves Online News that four men, one of whom was armed with a black handgun, robbed him while he and the taxi driver were seated in a car.

He said the taxi driver, who has been assisting him in transacting business for the past six years, has since been detained by police as part of the probe. However, France does not believe that the driver had anything to do with the robbery.

The Guyana Police Force has so far not issued a statement on this major crime.

He said the bag contained the GYD$5,610,000 from a cheque that he  changed at Scotia Bank, Carmichael Street, Georgetown at about 12 noon. After departing the bank, he said he and the taxi driver went to German’s Restaurant on New Market Street where they purchased food and then went to the Seawall Road opposite the TSU.

His next stop should have been the Guyana Energy Agency (GEA) for a 1:30  appointment.

France recalled that shortly after having lunch at about 1 AM, the men sneaked up on him and demanded the bag with the “cheese” (money).  After grabbing the bag, he said the gunman and his accomplices escaped in a white Raum that drove up slowly to collect them.

He said the bag also contained a gold chain that he had hoped to repair while in the city, his driver’s license, passport, Tax Identification Number (TIN) and his Automatic Teller Machine (ATM) card for another bank.

He said the bag also contained an additional GY$630,000 that he had brought to Georgetown to transact business at the GEA.

The fuel dealer said he has since contacted a friend who has assisted him with a night’s lodging and passage to return home by speedboat.