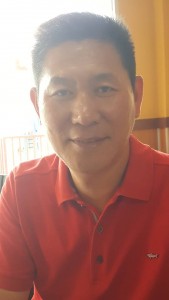 The Managing Director of Bai Shan Lin, Chu Hung Bo, is a principal in a new company that hopes to operate a quarry at the Amerindian village of Batavia in Region Seven but government does not appear to be in a hurry to give the green light.

Minister of Natural Resources, Raphael Trotman said his ministry and the Guyana Geology and Mines Commission (GGMC) are yet to grant its no-objection and approval because so far there is no evidence that Guyana needs more quarry products.

“When I became minister, I met it there and I was asked to consider granting the license on the basis of national need and I am still to be satisfied that there is a national need for such a thing,” he said when asked by Demerara Waves Online News.

Trotman explained that the community of Batavia is a stakeholder in the decision-making process. “The community is one which is titled and under the law they would have to firstly enter into an agreement with the village or the village council leadership and secondly; the ministry and GGMC  would have to give its no-objection and approval,” he said.

The Toshao for Batavia, Eon Boyal told Demerara Waves Online News that since government and Bai Shan Lin fell out over their forest operations, he has not heard anything else from the company.

“Up to now we have not received a feedback from the company because I don’t know, apparently they are part of Bai Shan Lin and since then we didn’t hear anything,” Boyal told Demerara Waves Online News.

Boyal said that during several meetings with the community, residents have agreed that quarrying would be beneficial to the community.

Government has sent Bai Shan Lin packing from its forest operations over repeated failed promises to get into value-added production and instead the exportation of logs. The company’s equipment at Coomacka, Upper Demerara River has been seized because it allegedly owes millions of dollars to the Guyana Revenue Authority (GRA) and the Guyana Forestry Commission.