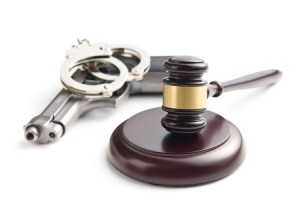 Police are conducting ballistic tests on two handguns and ammunition that were found in the possession of a labourer during a murder probe, and he has since been remanded on charges of gun and ammo possession.

It is alleged that on September 30, 2016, at 70 Hadfield St. Georgetown, Jermaine Flavius had in his possession a .32 Taurus Pistol without being the holder of a firearm license. The second charge against the accused is that on the same day, at the same address, he had a .38 Special Revolver without license, while the third charge read that he was also in possession of seven rounds of .32 ammunition.

Flavius pleaded not guilty to all three charges when they were read to him on Wednesday by Chief Magistrate Ann Mc Lennan.

In relation to the matter, Police Prosecutor Deniro Jones stated that police were investigating a murder when the accused was found with the weapons which have been sent to be analysed. He stated further that a ballistics report is being awaited.

The accused was remanded to prison and will reappear in court on October 26, 2016.