Woman convicted for abandoning her baby 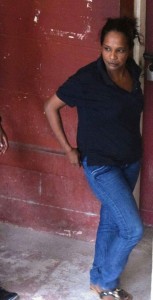 A mother was on Tuesday fined 100,000GYD for abandoning her baby by the roadside because of “child father issues”.
The charge against Jewel Coates is that on September 20, 2016, she willfully contributed to a child being in need of protective intervention, under the Child Protection Act 2009.

When the charge was initially read to her on September 22, by Magistrate Faith McCurdy, Coates had pleaded not guilty, but this time she pleaded guilty.
Demerara Waves Online News was told that the defendant had initially relinquished custody of her child, stating that she was frustrated and having problems with the child’s father.
In presenting the facts, Police Prosecutor Seon Blackman related that on the day in question a relative of the accused secretly followed her and the young baby as they went through West Ruimveldt Village. The court heard that Coates was observed placing the child by the roadside and beginning to walk away. She however returned and retrieved the child when she saw a dog approaching the infant. Blackman continued that a little way farther, Coates again placed the child by the roadside and this time walked off without returning.

The observant relative then rescued the infant and reported the matter to the East Ruimveldt Police Station.
Coates was told to pay the $100,000 fine or face three months in prison. The baby is currently with relatives.