NCN’s management apologises to TV news anchor for pulling her off air because she’s pregnant; refuses to lift suspension of Sport Editor 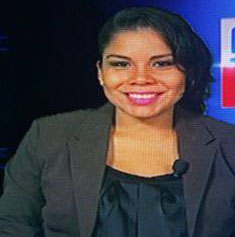 Under intense pressure, including a protest outside National Communications Network (NCN), the state broadcaster on Tuesday apologised to a news anchor for taking her off air because she is pregnant.

While NCN’s Chief Executive Officer (CEO), Lennox Cornette insisted in a meeting with the Guyana Press Association (GPA) that Natasha Smith was not pulled off the air because she is pregnant.

Following the protest by executives of the GPA and other outraged persons Tuesday morning outside NCN and a meeting in the afternoon, Smith received an apology from the NCN’s management and told that she could return to reading the news. “As noted above, Mr Cornette denied that he issued any such directive. As such, the GPA was able to secure the CEO’s undertaking to have Ms Smith returned to the anchor chair with immediate effect.

Contrary to Cornette’s claim, the GPA said it received minutes of a management meeting held on August 8, 2016 stating that she would be taken off the TV news set because of her “condition.”

“The minutes read thus: “With regards to this, the CEO stated that the anchor and wardrobe should coincide with the montage. However, given the present condition of Ms. Natasha Smith, the CEO asked that a tight shot be done to remedy the view….”

“Following that discussion, the CEO recommended that Ms Smith be replaced. All the senior executives of NCN that the GPA has spoken with have said they understood Mr Cornette to be speaking of Ms Smith’s pregnancy and that decision was communicated to her,” the GPA said. 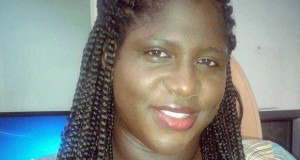 In relation to Ms. Jocelle Archibald- Hawke, the CEO was adamant that the company rightfully suspended her for one month not only because of her recent Social Media post against a colleague but because of previous infractions. She has been also threatened with dismissal if, on her resumption of duty, she commits other wrongs.

With the GPA maintaining that the suspension was “harsh” and needs to be rescinded steps are being taken to intensify its lobby to secure a remedy in favour of Archibald-Hawke, a Sport Editor. “The GPA is left to no other conclusion than that the management of NCN is instituting willy-nilly sanctions against employees without these being grounded on any statement management directive or policy. We urge that this practice be discontinued forthwith.

The GPA will be pursuing all avenues possible to have the suspension against Mrs Archibald-Hawke rescinded,” the association said.

The GPA wants the suspension scrapped because NC has no Social Media policy from which any sanction can be imposed against staff ,  the company took disciplinary action on the ground that’s the apology which was demanded of her by management was not to the satisfaction of the aggrieved employee in question rather than to management’s satisfaction and that management did not at any time seek to engage Mrs Archibald-Hawke and the aggrieved employyee, together, to discuss the issue and resolve it in an amicable manner.