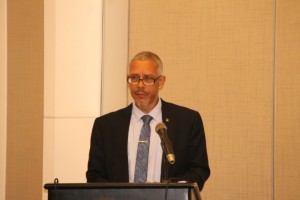 The Tourism and Hospitality Association of Guyana (THAG) wants a minister exclusively for the tourism sector, a demand that was first made to the People’s Progressive Party Civic (PPPC) administration four years ago.

“THAG reaffirms that it is critical to the industry’s development to have a Minister who has the time to focus on the sector’s development, understands the needs of the industry and auxiliary sectors,” the association said a statement. The sectors listed are transportation, agriculture, culture, arts and craft.

The Guyana government has not responded to a News Source report that the tourism portfolio has been shifted from Cathy Hughes to Business Minister, Dominic Gaskin, leaving her only with Public Telecommunications.

This is not the first time that THAG has expressed concern about the absence of a dedicated minister; the first being when Irfaan Ali was shared between Tourism and Commerce, and Housing and Water.

In making its case for a “standalone” Tourism Minister, the association questioned how Minister of Business, Gaskin would be able to deal with the workload if Hughes could not handle Tourism and Telecommunications.

“We wish to make it absolutely clear; the Association finds no fault in Minister Gaskin.  We only wish that the Tourism Industry would be afforded a level of serious commitment and appointed a standalone Minister,” the organisation said. “If the current Minister of Public Communication, with a strong background in and understanding of the industry, is too busy to address the needs of the industry, how could an equally demanding portfolio of the Minister of Business be able to devote attention to the Tourism Sector?”

Expressing frustration at yet another adjustment to the tourism portfolio whenever identified ministry’s focus is adjusted, THAG charged that  the Tourism portfolio has been drastically diluted over the last twelve months to the proposed move being presented.

The association also seized the opportunity to charge that government has so far merely paid lip-service to tourism in its 2015 general election manifesto. “We have noted that commitments to foster sector growth in the government’s manifesto, but with two budgets presented, this commitment remains largely undelivered.

THAG said it believed that the steps taken by government in the last year in the administration of the sector were regressive and disadvantageous to the tourism sector’s development, but did not elaborate on  what those were.

Using  government statistics that show that tourism contributes nine percent of annual revenue and that the industry has the potential to create a large number of jobs, THAG said Guyana’s recent 50th Independence activities stood out as a shining example of increased demand for goods and services by the constant flow of visitors who plan to return in 2017. “This is but one event, however many other opportunities exist for our booming destination that will require constant effort and engagement with the travelling public and industry operators, hence the need for a committed standalone Minister,” THAG added.

The association said Minister Hughes understands the needs and concerns of tourism and made well-received representations locally and internationally.  In the past year, THAG says the sector has increased its product development and marketing budget for the sector, received support and commitment from the Caribbean Tourism Organisation to develop the Tourism Satellite Accounting System in Guyana and recommit to the implementation of the Destination Guyana Marketing Plan.

According to THAG, 2015 marked approximately  10  years  since Guyana’s  Tourism  Minister attended World  Travel Market, a major international  tourism  marketing event  to meet with key industry partners and  representatives to promote “Destination Guyana”. “The meetings with the members of the Diaspora were also invaluable as they were instrumental in the decisions of many to return home for the Jubilee Celebrations.

We do hope that this restructuring is given further consideration and in the process the needs of the sector would be afforded greater consideration in the plan for the way forward.”

2016-06-09
Denis Chabrol
Previous: US to help reduce HIV load in 90 percent of infected Guyanese
Next: Twelve now in custody for grenade incident outside Kaieteur News