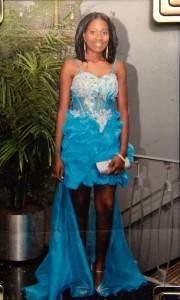 A 16-year-old girl was shot dead while babysitting her little cousin inside their Brooklyn apartment Tuesday — and now cops are looking for her boyfriend, police sources said.

Shemel Mercurius moved four years ago from her native Guyana to the East Flatbush apartment she shared with her aunt and cousin, relatives said.

The teen was with her boyfriend, watching over 3-year-old Josia, when gunfire rang out and she was hit several times just before 6 p.m. in the sixth-floor pad in the Flatbush Gardens on Brooklyn Ave. near Foster Ave., according to police sources.

Rescuers found Shemel semi-conscious and rushed her to Kings County Hospital, but she couldn’t be saved.

Josia was unharmed in the bloodshed, cops said.

“I haven’t been able to reach her parents,” she said. “We brought her here for a better life. We hoped she could go to college.”

Mercurius said Shemel was looking forward to finishing up the school year at Edward R. Murrow High School and taking a summer job. 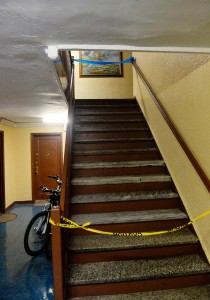 About two weeks ago, Shemel’s grandfather took away her phone “because of some boy,” her grandmother said, but she wouldn’t elaborate.