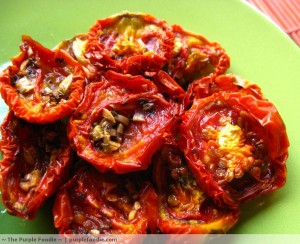 Residents of Paramakatoi, Region Eight will be launching a project that will allow them to grow, dry, package and market organic tomatoes.

This project will be supported by the Ministry of Indigenous Peoples’ Affairs, through the Institute of Applied Science and Technology (IAST) and other partners.

“This project will hopefully solve the issue of employment in the community, and will boost the region’s ‘green and sustainable village economy’ initiative,” the Government Information Agency (GINA) reported.

Paramakatoi is a very remote village located in Region Eight, however, the area has very vast and fertile lands and the residents have long been producing organic herbs, greens and fruits.

During a recent interview with GINA , Minister within the Ministry of Indigenous Peoples’ Affairs, Valerie Garrido-Lowe, said that the Ministry,, along with the IAST, has engaged the residents about the project and the farmers signed-up to plant the tomatoes.

She explained that the National Agricultural Research and Extension Institute (NAREI) has agreed to provide the seedlings to the farmers, and soon 100 will be handed over to each farmer. An agriculture officer, who is based in the region, will be monitoring the project.

She noted that it is not economic to provide the tomatoes to Georgetown, because it is very costly to get the produce to the city. “Those are organic tomatoes and Guyanese will not buy them, so we decided the North American and European market is best and so we came up with the idea of dried tomatoes, ship it to Georgetown and then train the Indigenous people to produce the salad dressing so we have great plans for that,” Minister Lowe explained.

The Ministry also met with the Canadian High Commissioner to Guyana, Pierre Giroux who was very interested in the project, and is willing to provide some funding, through some of his associates.

A training center will also be established in the community to train the youths, who will spearhead the project. These youths are already being trained in the area of agriculture through the Hinterland Employment and Youth Service (HEYS) project.

On a long-term basis, Minister Garrido- Lowe said that there are talks of having a branch of IAST in the region, where the youths can be facilitated in agro-processing training.

For the first time, through the 2016 regional budget, Region Eight was allocated $33.4M for its agriculture programme. A number of projects are on stream, including, training for farmers and staff of the regional office, along with the construction of three shade houses in Kopinang, Kato and Mahdia. The region also plans to expand its rice cultivation to facilitate an additional seven acres in Monkey Mountain.

2016-05-31
Denis Chabrol
Previous: Pirates likely to be charged in Guyana instead of Suriname
Next: Top Cop denies going to strip club, blocking officer from studies; justifies her transfer