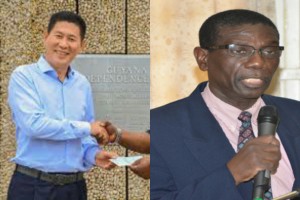 The principals of controversial Chinese conglomerate Bai Shan Lin have written the Commissioner General of the Guyana Revenue Authority (GRA) requesting that immediate steps be taken towards the release of two vehicles that were seized in April.

In the letter prepared by the Company’s Firm C V Satram and Associates, it explicitly states that the treaty agreement between the Government of Guyana and China was violated with the seizure of the assets.

It is reported that Bai Shan Lin owes import tax on the two vehicles. 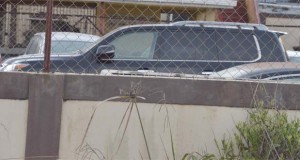 One of the seized vehicles

Written on May 16, the dispatch is requesting that the assets seized by the GRA be relinquished or further action be taken.

In a second letter written to Foreign Affairs Minister Carl Greenidge the company complains that “the new government seeks to dismantle the concessionary structure and has commenced to seize property.”

The second letter also states that GRA was in complete disregard of the trade agreement when it moved to seize the vehicles.

It was also noted that Bai Shan Lin is suffering “severe and burdensome losses and faces action by the state to cripple its business in Guyana.”

A letter was also written to United Nations Secretary General Ban Ki Moon asking that the UN remind Guyana of its treaty obligations.

President David Granger was also copied in two of the communications.