St. Maarten thanks Guyanese for contribution at Jubilee event 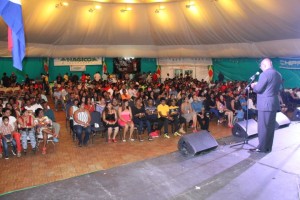 Guyanese residing in Dutch St. Maarten were Friday night lauded for their contribution to the Caribbean country which is part of the Kingdom of the Netherlands at a special event in honour of Guyana’s 50th Independence Anniversary.

Organised by the St. Maarten-Guyana Association and the Guyana Hindu Association of St.Maarten, the well-attended event was held at Port de Plaisance under the theme of “Reflect, Celebrate and Inspire.”

President of St.Maarten’s Parliament, Sarah Wescot-Williams thanked Guyanese for the role that they have been playing in the development of the St. Maarten. “I would be amiss were I not to use this opportunity of your independence to say a special ‘shout out’ to all of the Guyanese nationals residing on this small thirty-seven square mile island of St. Maarten and at the same time thank each and everyone of you for the contribution that you have made  to this island- my island, St. Maarten. Thank you, thank you once again,” said Wescot- Williams, a former Prime Minister.

General elections are due to be held on September 26, 2016, with official campaigning scheduled to begin three months before. 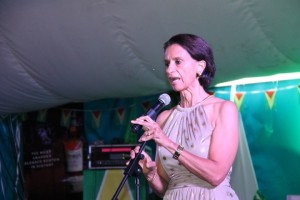 There are more than 200 school teachers, as well as doctors, engineers, businessmen and other workers who have been working in St. Maarten for several decades. There are at least 18,000 Guyanese residing in St. Maarten.

Representing the Guyana government was Director-General of Tourism, David Sinclair who thanked St. Maarten for hosting Guyanese who are in turn supporting their families back in their homeland. “Above all, we want to say 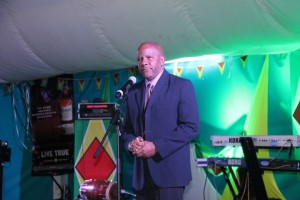 Sinclair seized the opportunity to hint at developments, such as a cleaner capital and a hive of building construction back home over the past year. “The country that you have left five, ten, fifteen years ago is a very different Guyana today from the land that you may have left…Many of you will be returning to a Guyana very different from the one that you left. You will be disappointed if you are expecting to find the same dirty city you left many years ago. Guyana has been in clean-up mode for the past year,” he said.

Prime Minister, William Marlin said Guyana’s achievement of political independence from Britain on May 26, 1966, which ushered in a period of hope and released creative energy, should be a source of inspiration to remaining dependent territories in the Caribbean as well as those that are now de-colonised. “The Golden Jubilee of Guyana is also an inspiration not only to those 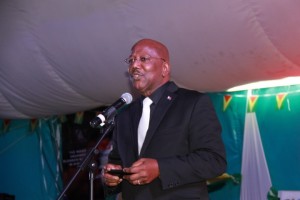 territories still under the yolk of colonialism- and there are quite a few of them remaining in the Caribbean- but also to those who continue to struggle to transform their societies and build vibrant, progressive post-independence nations,” said Marlin whose father is a Guyanese. His uncle is the late Guyanese lawyer and trade unionist, Randolph Kirton.

Marlin also signaled the need for St. Maarten and Guyana to explore “new forms of cooperation” and maximize their strengths to the mutual benefits of their peoples.

Friday night’s event was largely sponsored by NAGICO and Motor World, both major St. Maarten companies that are owned by Guyanese. Attendees were treated to Guyanese foods that were prepared by the members of the Guyana Association of St. Maarten.