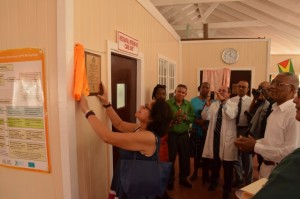 Public Health Minister, Dr. George Norton credited the Guyana Help the Kids Organisation with contributing to the decline in the death of newborn babies at the Guyana Public Hospital Corporation (GPHC). He noted that in December, 2015 that hospital recorded a reduction in mortality from 35 percent to seven percent.

Addressing the opening of the Bartica Neonatal Intensive Care Unit, Norton recalled while being in opposition, as much as 40 babies died in one month at the GPHC compared to five in April, 2016.

The Canada-headquartered Guyana Help The Kids has donated equipment valued at CDN$30,000 to support neonatal care.

President of Guyana Help The Kids, Dr. Narendra Singh said he was motivated to assist his homeland  in reducing infant mortality when he visited the GPHC eight years ago during a trip to his homeland to watch cricket.

Since then, he and his organisation have trained 10 paeditricians and 30 neonatal intensive care unit nurses who are serving the GPHC and regional hospitals. Through collaboration with the Ministry of Public Health, Guyana Help the Kids has established six neonatal intensive care units at the public hospitals in Georgetown, Linden, New Amsterdam, West Demerara, Suddie and Bartica.

“It’s important that when you give back you make sure that whatever efforts you make are sustainable and sustainability, I believe, is built on education,” said Dr. Singh who is the Programme Coordinator of the Residency Programme in Paediatrics. 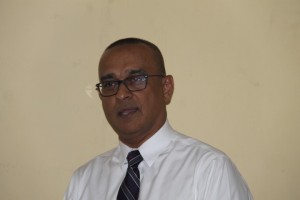 Region 7 Health Officer, Dr. Edward Sagala reflected on the archaic system that had existed at the Bartica Hospital 25 years ago when a mother of seven delivered triplets but one of them was  too small and had to be transported in a box to the GPHC because there was no neonatal intensive care unit at Bartica at that time. “We had to transfer that baby to Georgetown. There was no incubator…we had to make a box and put those warm bottles of water to generate heat and we had to transfer the patient to Georgetown. The patient survived.

“It was a very good experience but at the same time it gives us pleasure to see that no longer we  have to transfer a baby in a box. We have now a state-of-the-art neonatal intensive care unit. This is a dream come true,” he said.

Dr. Singh urged the nurses and doctors to remain committed to neonatal care. “I encourage the nurses and the doctors- stay interested in the neonatal programme. Babies don’t have time. When they get sick, they die very quickly. Time is of the essence. To cross two rivers to get to Georgetown Hospital, they are not going to make it so we need to make sure that the NICU that we have here is fully equipped with the best possible trained nurses and doctors so that you resuscitate them adequately so that you can give them a fighting chance,” he said.

The Regional Health Officer appealed for routine maintenance and repair of equipment, while at the same time noting that there are plans for Bartica to establish its own biomedical engineering unit.  “We need to develop this new habit of repairing the equipment or checking them whether they have problems or not and in that way we can save the equipment. Money is hard to come,” he said.

Sagala said the hospital’s staff has grown from four junior doctors to 16, seven of whom are specialists. There are also six other doctors in Region Seven:- two in Kamarang, two to be in Issano by next week, one at Waramadong and one at Imbaimadai

Of the 22 medical practitioners in Region Seven, there are specialists in dermatology, Ear Nose and Throat (ENT), cardiology, obstetrics and gynaecology, paediatrics, general surgery and anesthesiology.

A number of the doctors are university professors and  several of them have worked in Angola, Haiti and Yemen.

In the area of mental health, the Regional Health Officer said psychiatrists and psychologists visit Bartica on the third Friday of each month as part of a pilot project that would hopefully be replicated in other regions.  Plans are also on the drawing board  for the provision of medical imaging, dental, pharmacy, physiotherapy, environmental health and other support services. “We intend to become one of the best regional hospitals in the country,” he said.

The Regional Health Officer called on wealthy Barticians to adopt sections of the hospital.

2016-05-07
Denis Chabrol
Previous: Ramjattan says no need to resign due to violent crimes
Next: Phone rate competition heats up