Head of Police Department lashes back at Police Comissioner 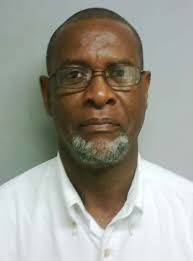 The outgoing Head of the Guyana Police Force’s Strategic Management Department (SMD), Patrick Mentore has reacted sharply to criticisms by Police Commissioner Seelall Persaud’s assertions about that unit which has been ordered closed.

Set up several years ago on the recommendation of a British consultancy firm, Capita Symmonds to implement a Strategic Management Plan, Seelall said the unit is being shut down on the basis that it has outlived its usefulness and  police divisions are providing more timely analyses of crime trends to influence operations.

But Mentore, a former Assistant Superintendent of Police at the Guyana Police Force, accused Seelall of being uncooperative with the SMD since its formation. “What I was not prepared for was the uncooperativeness from the current then Deputy Commissioner of Police.  The first manifestation of this attitude was his refusal to prepare and submit an action plan for his area of responsibility ‘Performance’ under the Strategic Plan by claiming that I did not have the authority to ask him as Deputy Commissioner ‘Law Enforcement’ for such a plan.  The result was that implementation phase of the strategic plan commenced some seven months later in February 2014,” said the SMD Head.

The Minister of Public Security, Khemraj Ramjattan has given the green light for the phasing out of the SMD as employees’ contracts would not be renewed upon expiration.

Mentore recalled that, as part of the implementation of the law enforcement agency’s Strategic Management Plan, a top police officer could not provide information that was critical to laying the groundwork. “With respect to numerous claims that police divisions lack resources to effectively confront crime I asked if the Force was aware of inter alia: the size of respective divisions; the ratio of police to civilians; the average number of calls for assistance in a given period; the type of terrain that is required to be traversed when answering calls; and the principal economic activities.  Obviously these would support arguments for increased budgetary allocations – a point which was seemingly missed,” he said. Other areas of concern, he said, that were raised include the absence of documentation to support claims of failed efforts to build inter-sector agency cooperation and strategies on crime prevention.

Reacting to what he described as the Police Commissioner’s “churlish attack on my professional and personal character,” Mentore sought to dispel “some of the myths being fed to high officials of this government.”

Mentore said under his leadership, the SMD has made several contributions that have been either ignored or not examined at all. They include a competency framework to address the contentious issues surrounding police promotions including favouritism and nepotism and a crime prevention framework with specific reference to President David Granger’s five areas of concern which he stated at the 2015 annual officers’ conference.  “It should be noted that an operational plan took over four weeks to be drafted after some confusion as to what was required – a new strategic plan or an operational plan.”

Touching on the issue of succession planning, he said that “remains a buzz word in the GPF with no real serious effort being made to design such a plan.”  “This remains the prime reason why officers with accumulated leave take advantage and fail to proceed on vacation.  There is also no career development focus and matters are decided in an ad hoc manner.  No one could advise on what the annual attrition rate was/is in the absence of a working human resource strategy,” he said.

Mentore rejected the Police Commissioner’s assertion that he lacks knowledge of contemporary policing and denied that conflicts existed. “The COP is at his disingenuous best when he alleges that I have had conflicts with officers; the first time I heard that falsehood I requested that a poll be conducted to determine who the officers were with whom I had these conflicts,” Mentore said.

The SMD Head further dismissed the Police Commissioner’s claim that the unit was responsible for operational monitoring, saying that the SMD was not set up for that purpose. He said daily operational matters remain within the remit of the divisional commanders who as are being advised by their Divisional Management Information Units (DMIU).

Instead,  Mentore explained that the arrangement was that on the eight of every month leaders of the five strategic priority areas would send in their strategic performance reports so that these could be evaluated in terms of informing the meetings of the Performance Group on which area was doing well or which were facing implementation challenges. “Suffice it to say that those meetings have evolved into a one-man (sometimes two-man) show with no serious attempt to assess strategic plan implementation,” he said.

He said the GPF failed to produce its 2014 Annual Report because the administration failed to submit 69.69 percent of the reports that were required.

In addition to initial resistance to the now successful Cops and Faith Initiative, Mentore claimed that there has been resistance to the holding of a public stakeholder forum, a citizens’ perception survey and the establishment of realistic baselines to determine whether crime levels have really risen or dropped.

The SMD Head, regarded in some circles as an ally of then Home Affairs Minister, Clement Rohee, welcomed his recent response to the Police Commissioner’s positions on the SMD, saying that he (Rohee) “did a commendable job.”