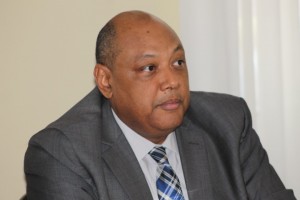 A Partnership for National Unity (APNU) and Alliance For Change (AFC) are due for high level talks in early May to discuss developments and progress made under the coalition administration, says AFC Executive Member Raphael Trotman.

The meeting will come at a time when the Government would observe one year of being in office and will review it’s performance.

Trotman serving as Natural Resources Minister made the disclosure when questioned by the media about concerns his Party would have raised about the functions of State Minister Joseph Harmon.

Harmon has been the center of attention over the past weeks reeling from allegations of corruption and the AFC calling for him to be stripped of some of his responsibilities.

When asked whether the matter was discussed at Cabinet and whether a decision was taken, Trotman disclosed that the issue it not being seen as one for Government but rather one for the two political factions to work out.

“The issue of AFC views and the APNU views cannot be settled at a Cabinet. Cabinet is a government institution, the AFC and APNU will have to meet at some high level summit and work through those matters,” said the Natural Resources Minister.

He further stated that as the coalition approaches one year in office, such a meeting would be vital for them moving forward.

“So I there say at some time as we approach one year in Office there will be such a meeting…we can look at the triumph, the valleys, the highs and the lows of the coalition office,” said Trotman.

That meeting is expected to be held sometime early in May.

Previous: Harmon aboard Chinese jet: Possible conflict with draft ministerial code, but Harmon did no wrong
Next: Govt not finding Chinese company’s payment for shares in GTT