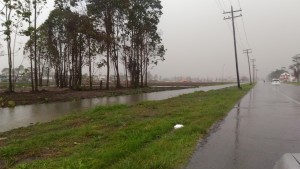 As the May/June rainy season fast approaches a mild shower in the wee hours of Monday morning saw several parts of the city being subjected to flooding at variant levels.

Areas such as North and South Ruimveldt, sections of Regent Street, Water Street and other parts of central Georgetown.

While the water level below what is usually expected from similar rainfall patterns, persons are crediting the lack of flooding to the extensive work undertaken by the Government and Mayor and City Council over the past months.

Deputy City Engineer Ran Eastman was particularly pleased with the result of the work that was done reporting that there was no indication of “heavy” flooding across the city.

After a strategic tour of the city’s sluices he said “there are no sights of heavy inundation in the city.”

Eastman told Demerara Waves that the City’s administration is prepared for the May/June rains since the works that were done is proving to be effective.

“We are prepared for this and is there is any flooding in any urban areas or any urban street…they can report that to us and we are ready to respond,” said the Deputy Engineer. 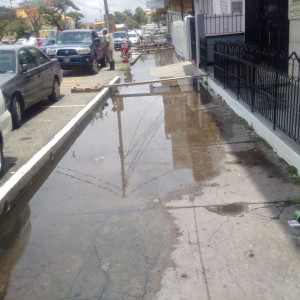 He said that in the areas that did experience flooding at noticeable levels, it was more than likely caused by some blockage in the drains. Those areas can report the issue to the City Officials.

Officials at the Hydromet Office in Timehri have confirmed that the city received just over 1 inch of rain in the past few hours with up to 2 inches expected for the remainder of the day.

It was explained that the flooding would depend on the intensity of the rainfall and the land drainage factors.