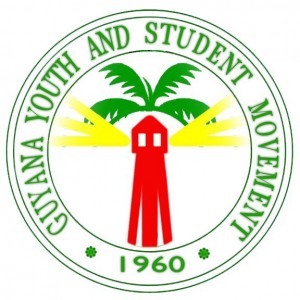 The youth arm of the People’s National Congress Reform (PNCR) says that it stands resolutely behind Minister of State Joseph Harmon  against calls for the Minister to be stripped of some of his responsibilities.

The Guyana Youth and student Movement (GYSM) in a press statement said that the political landscape of Guyana has been transformed with the advancement of coalition politics –  political goal that the PNCR has aspired to form its genesis and to which the party and its members remain committed today.

“It is somewhat disheartening to note some of the recent utterances by factions within the coalition as it relates to miscommunication and misgivings internally. The marriage which we all witnessed on February 14, 2015 introduced a breath of fresh air to the people of our country. Our country, which was rescued from dissension and impoverishment by the incompetence of the PPPC over the last two decades, now stands to gain tremendously as we reaffirm the commitment that the days of one party rule came to an end on May 11 2015,” the release stated.

GYSM believes that the achievements of the APNU+AFC coalition to date are far greater in comparison to the challenges that it faces, and pivotal to these achievements and the country’s continued revival are the duties and powers of the Office of the Minister of State.

“This is why we fervently reject calls for any so-called stripping of the powers of the said office. The GYSM stand firmly behind the decision of His Excellency and the authorities he has vested in the Office of the Minister of State,” the PNCR youth arm stressed.

This statement comes even as the Guyanese public eagerly awaits an explanation from the Minister of State over his alleged transgressions over the past two weeks.

Of those transgressions, the Minister is alleged to have intervened in the seizure of vehicles belonging to Bai Shan Lin by the Guyana Revenue Authority (GRA).

Given these development, the Alliance For Change made the call for Harmon to be stripped of his Ministerial powers.

President Granger on Wednesday assured that a statement would be issued today by the Minister. However, at the time this article was published no statement was issued.